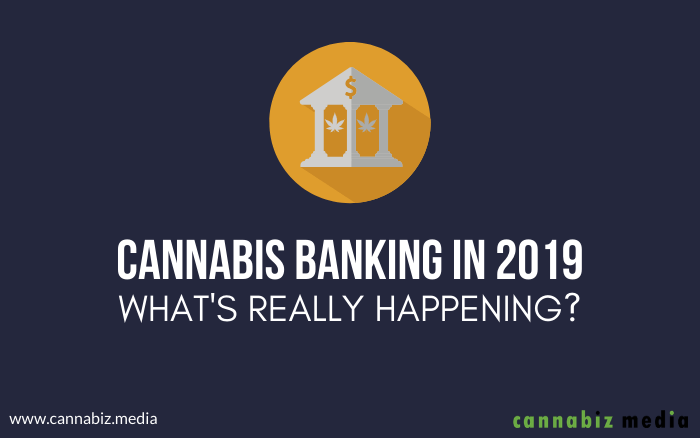 September 25, 2019 was a day to celebrate for cannabis businesses that have struggled with a lack of access to bankingand payment processing services since cannabis is still a Schedule 1 drug at the federal level. That’s the day when the Secure and Fair Enforcement Banking Act (the SAFE Banking Act) was passed by the U.S. House of Representatives and headed to the U.S. Senate.

It took six years for cannabis banking reform to pass in the House. In fact, the SAFE Banking Act bill was the first piece of cannabis legislation that has even been passed by the full House (or the full Senate for that matter). The vote is considered historic, but the work isn’t over yet. The Senate is likely to present even bigger challenge, and there are concerns that Senate changes to the bill could be problematic.

Already, there are many banks across the country working with cannabis businesses thanks to rules developed by the Financial Crimes Enforcement Network (FinCEN) that give financial institutions a variety of protections when they work with cannabis-related businesses.

FinCEN is part of the U.S. Treasury and is responsible for safeguarding the U.S. financial system from illegal activities like money laundering. The bureau does this by collecting, analyzing, and sharing data as well as supporting law enforcement to promote national security.

In very simple terms, one of the things banks and financial institutions are required to do under the Bank Secrecy Act (BSA) is submit suspicious activity reports (SARs) to FinCEN whenever behaviors are detected that could be related to money-laundering or terrorism. This includes behaviors from cannabis business clients and their accounts.

There are many types of banks and financial institutions that are required to comply with the BSA, including traditional banks, credit unions, money transmitters, check cashers, casinos, cryptocurrency exchanges and transmitters, insurance companies, and more. The purpose of submitting these reports is to reduce the risks associated with money-laundering and terrorism.

One of the key reasons that banks don’t want to work with cannabis businesses is risk. With cannabis still illegal at the federal level, many financial institutions don’t want to risk losing their national charters. The SAFE Banking Act would provide additional safe harbors for banks that work with cannabis businesses. In addition, many traditional financial institutions perceive the cannabis industry as risky simply due to its history and the War on Drugs.

But is the cannabis industry really riskier than other industries? Let’s look at SAR statistics from FinCEN to get some perspective.

During the first three quarters of 2019, 271,781 marijuana-related SARs were filed. Of those SARs, 245,177 (more than 90%) fell into the category of “marijuana limited,” which means the cannabis businesses in the reports appeared to be compliant with state laws, so the business is still “serviceable” under FinCEN’s standards and federal guidelines.

That means fewer than 10% of SARs filed throughout 2019 in the cannabis industry were for cannabis businesses that either needed to be investigated or have their relationship with the reporting financial institution terminated. Based on that data, it would appear that most marijuana-related businesses that have secured banking relationships are operating within the relevant banking laws.

This data from FinCen tells us that there are banking options available to marijuana-related businesses, but what do the numbers mean? Of course, these numbers from FinCEN tell us nothing about the higher fees that cannabis businesses have to pay for banking services, but it does show us that more traditional banking options are opening up to cannabis businesses even before the SAFE Banking Act becomes a law (if it does).

Things get more interesting when you consider how many banks there are in the United States. According to the FDIC, there were 5,303 FDIC-insured banks in the U.S. as of June 30, 2019, and according to the NCUA, there were 6,554 federally-insured credit unions in the U.S. at the same time. At the end of the second quarter of 2019, 553 banks and 162 credit unions (715) worked with U.S. cannabis businesses. That means:

Bottom-line, the number of traditional banks and credit unions servicing cannabis industries jumped by 31% from the end of December 2018 to the end of the third quarter of 2019. Imagine what will happen if the SAFE Banking Act passes in the Senate and is signed by the President.

Key Takeaways about Cannabis Banking and the Safe Banking Act

While the SAFE Banking Act is unlikely to resolve all of the banking-related problems in the cannabis industry, it will help the many businesses that should have access to banking services without paying exorbitant fees that are passed down to consumers in the form of higher prices. The good news is that more banks are willing to work with cannabis businesses today than in the past, but more options are needed.

Fortunately, many companies and non-profit organizations are advocating for the bill to pass. This includes the American Banking Association (ABA), which has publicly supported cannabis banking reform and called for both guidance and protections for financial institutions that work with cannabis businesses.

Now, it’s up to the Senate.