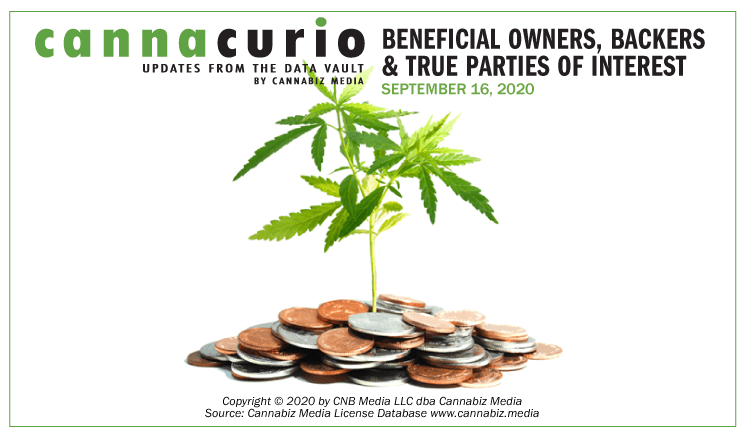 Connecticut is unique in that it requires “backers” of marijuana producers and dispensary facilities to get a license. The fee is $100 per year and it is tied to the supervisory license of a producer or dispensary. Currently there are 65 backer licenses held by 41 individuals. As multi-state-operators have entered the state, their CEO’s or key investors have often been the “backer” for these licenses. Here’s the definition and requirements from the regulator:‍

Medical Marijuana Producer / Dispensary Facility Backers: These registrations are for any person with a direct or indirect financial interest in an entity licensed as a producer or dispensary facility, except it shall not include a person with an investment interest in a license provided the interest held by such person and such person’s co-workers, employees, spouse, parent or child, in the aggregate, do not exceed five per cent of the total ownership or interest rights and such person does not participate directly or indirectly in the control, management or operation of the facility.

‍Prerequisites: You must be named as a backer by a Connecticut licensed Medical Marijuana Producer or Dispensary Facility.

In reviewing these licenses, we found many well known names:

By tracking these backers Connecticut gives visibility to the companies and people who have purchased these licenses. Below we’ve gathered all the backer licenses that are related to Curaleaf owned properties:

Why Is This Important?

This information is critical for anyone conducting due diligence on these companies. Since many of the MSO’s are public, researchers can glean additional information about the licenses and assets that these companies hold. In comparing these backers to the initial backers in our 2015 Report Tracking the Connecticut Licensed Marijuana Economy it is surprising to see how many of the original backers were limited liability companies and to see how few of the original backers are still left.