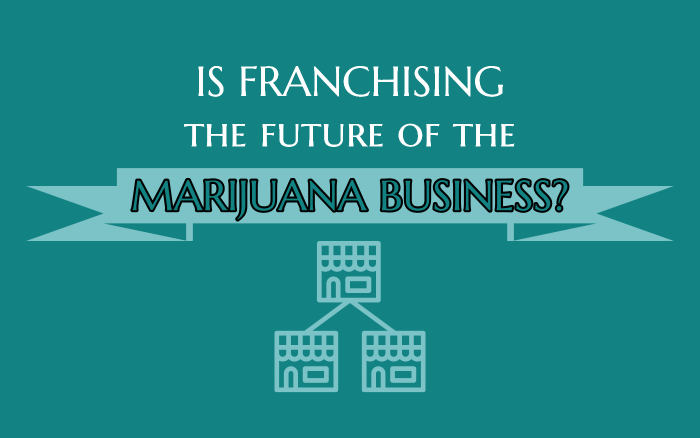 Is Franchising the Future of the Marijuana Business?

It’s not easy to cross state lines in the marijuana industry. Cannabis is still illegal at the federal level, and as we outline in detail in Cannabiz Media’s upcoming Marijuana Licensing Reference Guide: 2017 Edition (click here to be notified when the guide is available), rules vary so much from state to state and municipality to municipality that expanding a successful marijuana business into different states and towns can be extremely challenging.

However, all hope isn’t lost for business growth in this industry. Some businesses are figuring out how to make it work, and franchising is just one way to do it.

The Denver Post reports that some marijuana-related businesses are already having great success operating in multiple states and have plans to franchise in the near future. Sun Valley Certification Clinic is already operating in four locations in Arizona and Nevada and plans to expand to all states that allow medical marijuana.

Of course, franchising isn’t the only way to expand a business in the marijuana industry within a state or across state lines. Marijuana brand licensing is increasing in popularity also as marijuana businesses build brand recognition and loyalty and want to expand to broader markets.

For example, licensing formulations for infused products to manufacturers in multiple states is becoming more common among infused product makers. One such company, Dixie Elixers, has been expanding since 2014 into different states beyond its home state of Colorado through licensing (but states like Illinois won’t be one of them until they add chronic pain as a qualifying condition). Another company, Strainz, based in Nevada, began licensing its brand earlier this year in order to expand across state lines.

Expansion is a bit more difficult for dispensaries. To expand and operate in multiple states, a dispensary must be granted licenses in each of those states. For example, two of the companies included in the Cannabiz Media Database that are in multiple states are Vireo Health (in New York, Minnesota, and Maryland) and Columbia Care (in Arizona, Massachusetts, New York, Illinois, California, and Washington, DC).

Expanding a marijuana business of any kind across state lines can be difficult, but it’s not impossible. The key is to fully understand all expansion challenges before investing.

Subscribe to the Cannabiz Media Newsletter, so you don’t miss the information you need about marijuana licensing!