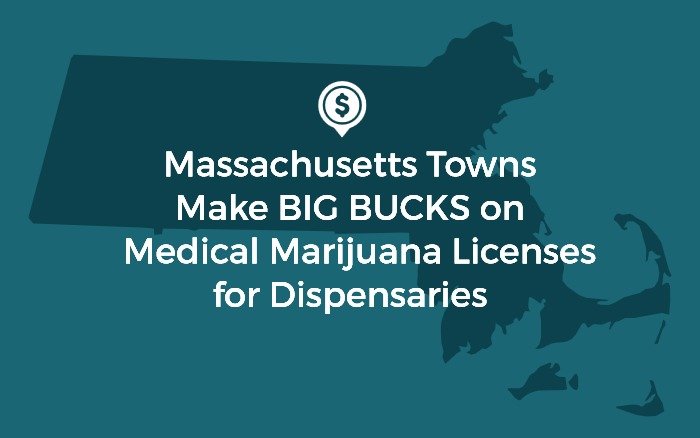 Unlike other states that have legalized medical marijuana and grant licenses to dispensaries to sell that marijuana to patients, Massachusetts cities and towns use something called “host community agreements” to generate hundreds of thousands of dollars each year. Unfortunately, the process, which was intended to give local residents a voice, appears to be working quite differently.

Let’s take a closer look at what’s happening. In simplest terms, the Massachusetts licensing process was developed with sensitivity to residents who might not want a medical marijuana dispensary to open in their neighborhoods. In order for a marijuana dispensary to obtain a license in Massachusetts, it must get a letter from the municipality where the dispensary will be located stating that the residents don’t oppose it. Without that letter, a dispensary cannot get a license, which means the business can’t operate.

According to Kay Lazar of The Boston Globe, the process to obtain this letter has become a bit more complicated. Today, Massachusetts medical marijuana dispensaries have to negotiate with the town where they want to open and sign a host community agreement. These agreements pump a lot of money into the towns.

As Lazar reports, a dispensary in Worcester, Good Chemistry, agreed to pay the city $450,000 over three years and $200,000 every year after that in order to get its letter. A dispensary in Springfield is negotiating with the city on a deal that would take 7% of the dispensary’s revenue plus an annual donation to the police department of $50,000.

Lazar also reports that Worcester’s city manager, Edward M. Augustus Jr., said he doesn’t think the city will need to use the money collected from Good Chemistry for additional police or other services at all. Instead, he stated that he plans to use the money from the dispensary to pay for an after-school and summer youth program.

As Lazar reports, Augustus knows the four letters Worcester will grant to marijuana dispensaries are in extremely high demand, and he expects the financial conditions for all of the letters will be similar to those agreed to by Good Chemistry. Augustus plans to let the market dictate how high the price to get one of those letters will be. In other words, those letters just might go to the highest bidder.

While local officials claim that money collected through host community agreements is used to ensure the city or town is safe after a dispensary opens, this isn’t always the case. In fact, there appears to be no law stating how the payments made to cities and towns must be used.

If Augustus wants to use the hundreds of thousands of dollars collected from Good Chemistry for after-school programs rather than police, traffic, or other services directly related to the medical marijuana dispensary’s operations in Worcester, it appears that he can do so. But is that okay?

Someone has to pay the city—whether it’s Worcester or any other city where similar “bidding” on licenses is allowed to occur. When the dispensary has to pay hundreds of thousands of dollars to operate, you can bet it won’t simply absorb those costs. Ultimately, higher costs to dispensaries trickle down and lead to higher prices for patients who need medical marijuana to treat real conditions.

Cannabiz Media is currently writing a special report that analyzes the value of a marijuana license, which includes a discussion on local rules and regulations. Sign up for the Cannabiz newsletter to ensure you don’t miss the announcement when the report is released.