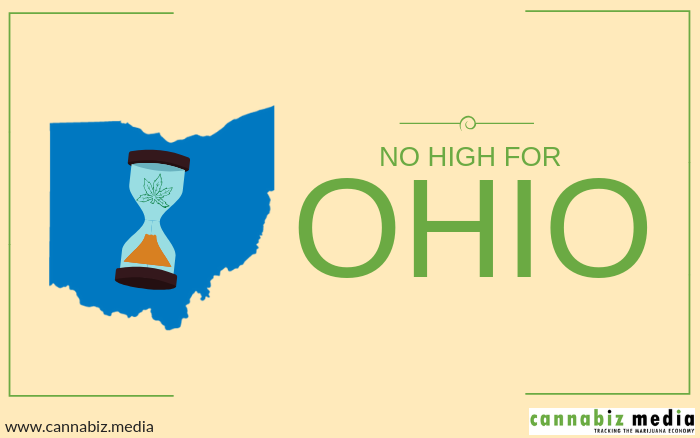 No High for Ohio

The state of Ohio missed its planned medical marijuana program launch date of September 8, 2018. Cannabiz Media takes a look into what might have caused this and what to expect in the coming months.

Approximately two years ago, Ohio took its first steps towards realization of a medical marijuana regulatory scheme. Effective September 8, 2016, Ohio House Bill 523 legalized medical marijuana and birthed the Ohio Medical Marijuana Control Program. This bill created a basic framework for various state agencies to begin creating and implementing rules and launch the program. Those agencies include the Ohio Board of Pharmacy, which is responsible for registering patients and licensing dispensaries, and the Department of Commerce, which oversees cultivators.

State regulators from their respective agencies then set out on an ambitious plan to have the program up and running — patients registered and products for sale — by the second anniversary of the law’s effective date. However, this lofty goal proved to be unattainable, as the program soon ran into controversy.

As a first step in implementing the program, the Ohio Department of Commerce needed to award cultivator licenses to entities falling under one of two size categories. Hiccups began as the state’s first cultivators did not receive provisional licenses until November 2017, over a year since the law was enacted. Shortly thereafter, details began to emerge regarding a possible scoring error by the Department of Commerce.

The state opened an investigation into the Department’s application process upon notice that human-error may have affected the scoring of cultivator applicants. Though an audit of the Department’s practices did not completely halt the program’s roll out, the Department soon found itself the target of a lawsuit. Applicants that were not awarded provisional licenses brought suit arguing that all scores should be thrown out and the process should be restarted. However, the judge presiding over the case ultimately ruled that the applicants must first air their grievances to the Department, and that failure to do so resulted in the dismissal of the majority of the applicants’ claims.

But these early hurdles at the beginning of the supply chain were enough to create delay. It’s also worth noting that the cultivators’ provisional licenses from November were not necessarily final. All licensees must undergo final inspections, with the earliest inspections being carried out in July 2018. By the time the first cultivators received final approval to begin planting, it was less than two months from expected launch.

So what can consumers and business owners expect? First off, a new launch date before the start of 2019. Next, a continuation of delays on part of the state and business owners. Expect some licenses to be revoked, and for business owners to run into their own troubles with delays in construction. Furthermore, the state’s auditor recently published additional findings of issues with scoring and record keeping that could lead to more lawsuits. However, though Ohio is not quite in the clear, no state has been a stranger to controversy in the roll out of medical or adult-use programs. Again, another program where patience is required.