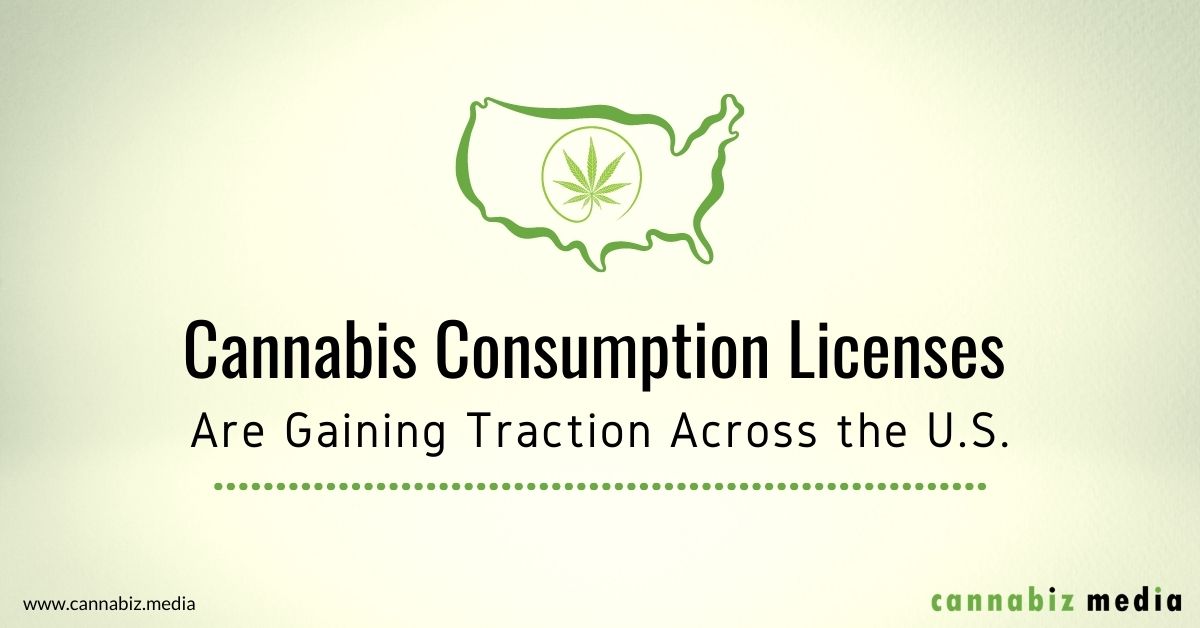 Cannabis Consumption Licenses Are Gaining Traction Across the U.S.

The problem is people can buy marijuana products in states that have legalized adult-use cannabis, but they have limited options when they want to consume the cannabis that they purchase legally.

That’s because no states allow public cannabis consumption. Instead, laws are written so cannabis must be consumed in private residences. However, landlords, hotels, and property owners can prohibit renters and visitors from consuming cannabis.

Bottom-line, renters and tourists don’t have a legal place to consume the cannabis they buy. Ultimately, laws are broken when they illegally consume it on the streets or on private property where consumption is not allowed.

The solution to the problem is to establish safe locations where people can legally consume cannabis products.

Several states already offer cannabis consumption licenses that either have to be held with an active retailer license or can be held independently. Some states circumvent the rules by allowing owners of private property to charge a membership fee in order for people to enter their establishments and consume cannabis products. Another key difference between state laws is whether consumers can purchase and consume cannabis onsite or if they have to bring their own cannabis to consume.

Currently, there are active cannabis consumption licenses in California, Colorado, and Michigan. Alaska regulators approved onsite consumption at licensed retail businesses that are approved for a special onsite endorsement in 2019, but operations were delayed due to the COVID-19 pandemic. Illinois approved its first bring your own cannabis (BYOC) consumption lounge last year as well, and the first lounge is scheduled to open in Sesser on July 10, 2021.

In Nevada, consumption lounge licenses were approved this month, which will help solve a long-standing problem. The state has been promoting itself as a cannabis-friendly tourist destination since recreational marijuana was legalized in 2017, but visitors have had nowhere to legally consume the products they buy.

At the same time, Nevada visitors who don’t use cannabis products have been very vocal about the growing public consumption issues. A stroll down the Las Vegas strip filled with the overpowering scent of cannabis is all the proof required to know the need for legal consumption lounges was a problem that had to be solved.

Key Takeaways about Cannabis Consumption Licenses in the U.S.

In most states that allow some type of onsite cannabis consumption, local municipalities can impose more restrictive laws or prohibit lounges entirely. However, giving people access to legally buy and consume cannabis products helps everyone – from bolstering the state’s tax revenue to preventing people from consuming cannabis in public or in private locations.

Therefore, with a growing number of states introducing cannabis consumption licenses and the waning of the COVID-19 pandemic, it’s highly likely that the initial traction lounges started to get pre-pandemic will jumpstart quickly in the coming months. It’s safe to predict we’ll see more states approving consumption licenses in the near future.

To keep up on all of the new cannabis consumption licenses across the United States, subscribe to the Cannabiz Media License Database. Schedule a demo and see how it can help your business connect with new sales prospects and win!