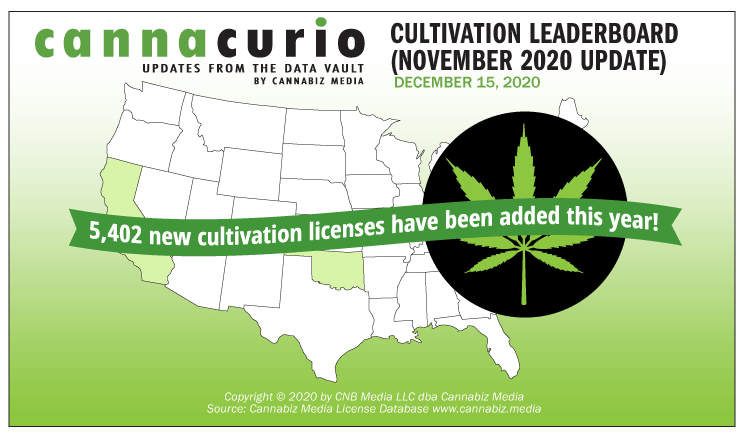 The California versus Oklahoma battle has continued with Oklahoma adding many more licenses in the last three months:

For this and upcoming leaderboards we will also include the total number of licenses that we track. The table above illuminates the number of new licenses created but it does not show the affect of licenses that are cancelled, revoked, or administratively withdrawn. The following lengthy table shows all that we have tracked.

Cannabiz Media customers can stay up-to-date on these and other new licenses through our newsletters, alerts, and reports modules. Subscribe to our newsletter to receive these weekly reports delivered to your inbox. Or you can schedule a demo for more information on how to access the Cannabiz Media License Database yourself to dive further into this data.‍