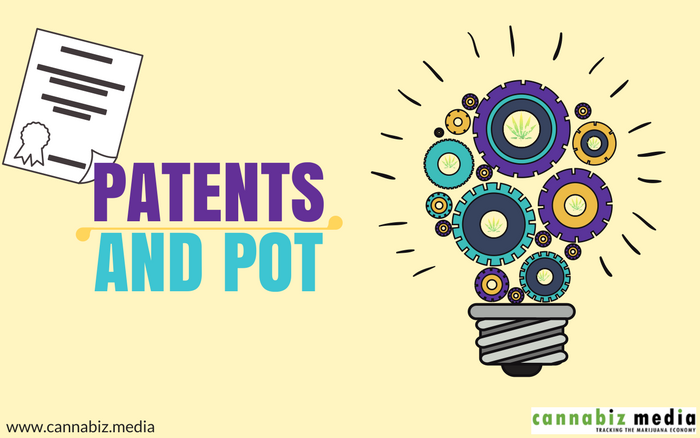 Abstract: Patent law is possibly the most talked about yet least understood form of intellectual property but has yet to have a large impact on the marijuana industry. However, there is no doubt that the powerful protections patent registrations provide will certainly have lasting effects. Those within the industry who have the powerful tool of patent law at their disposal understand, and a few have used it to great extent already.

In this article I explain some patent basics as well as the potential implications that a patent-ridden landscape could have on not just the marijuana industry, but the cannabis plants themselves.

What Does Patent Law Do?

The purpose of patents is to encourage innovation by rewarding people who create new inventions with some protections that provide them with a limited monopoly in the marketplace for a specific period of time.

In other words, patent law provides legal protection for useful, novel, and nonobvious inventions, manufactures, compositions of matter, and processes [35 U.S.C § 101 et. seq.]. Upon obtaining a patent registration, an inventor has the exclusive rights to make, use, and sell the invention in the U.S. for 20 years from the date of filing. The inventor may also file a lawsuit against one who infringes her registered invention.

But patent law has its limits. As such, some things are unpatentable, for example, mathematical formulas and “products of nature.” However, the common-sense limitations that these terms simply have been contorted by the courts, and patenting natural substances is no longer off-limits.

Understanding the benefits of patent law, many plant breeders began advocating for the patentability of plants in the late 19th century. Advocates were somewhat successful when the U.S. passed the Plant Patent Act in 1930 [35 U.S.C. §§ 161–164]. The PPA allowed asexually propagated species of plants to receive patent-like protection.

Congress would not take another stab at revising intellectual property protection for plants until 1970, with the passage of the Plant Variety Protection Act [7 U.S.C. §§ 2321–2582]. This time, the USDA would be issuing certificates of protection for sexually propagated plants and tubers that were novel, distinct, uniform, and stable. The owner of a protected plant then had exclusive rights similar to those under patent law, for seventeen years (now up to twenty-five) from the certificate’s date of issue.

Shortly after the PVPA was enacted, organizations raised their concerns regarding the potential lockdown of many varieties of plants, especially staples that provide food for the world’s poorest. But Congress and the courts doubled down on protecting plants and other naturally occurring substances. By the 1980s, the PVPA was expanded to include several staple crops.

Next, and most importantly, the U.S. Supreme Court expanded patentable subject-matter to include genetically altered living organisms. Basically, human-made or human-altered organisms became another type of “manufacture.” This decision paved the way for later rulings that the PPA and PVPA did not preclude inventor-breeders from seeking a utility patent as well.

While the PVPA granted protection to a plant in its entirety, the claims within a plant’s utility patent could encompass and protect the individual components of that plant, such as DNA sequences, cells, and seeds. This creates myriad possibilities, including an inventor-breeder’s ability to license certain components of a plant. Soon, the largest companies within the seed industry had expansive patent portfolios of the most minute plant components.

While tight intellectual property protections spurred investment within the commercial agriculture and seed industry, it certainly had its drawbacks. Patented plants accompanied with their own licensing agreements—and some with induced sterility—entered the market and doomed farmers’ seed-saving efforts.

The decline in seed-saving and selective breeding resulted in a decline in biodiversity. In addition, the lack of a first time seed-saving or “brown bag”[1] exception within the Patent Act ensured that farmers and other end users remained vulnerable to lawsuits by the companies that held most of these patents.

Simply put, it was easy for large companies to begin exercising their patent rights against smaller end users, rather than immediate competitors. It did not take long for one of the largest companies, if not the entire industry and technology behind it, to be vilified. This is the outcome that the marijuana industry does not want to face.

What the Marijuana Industry Faces

Currently, the number of patented marijuana strains and extraction methods continues to grow slowly but surely. Monopoly fears aside, patents may be what the industry needs to spur research as long as they aren’t excessively broad utility patents, particularly on plant strains that already exist but for which an examiner cannot find prior art (i.e., evidence that the invention is not new or novel).

Through the promise of protection, the industry may be able to attract the right investors to expand in an increasingly stable manner. With more money being funneled into researching and cultivating plant matter suited for certain medical conditions, or safe, uniform extraction methods, it is the consumers who may gain the most. Uniformity in the qualities of certain marijuana products, even if they include a slight price increase, will likely be welcome.

But the industry’s limitations mean that the incentives that come with patenting are not as clear as with food or pharmaceuticals. While increasing interest coupled with higher and more stable prices in non-flower products shows that there is value in patenting compositions or methods, the current forecast might not be enough to entice the right people to invest.

Take for example, the licensed marijuana manufacturer/processor who seeks to research, develop, and patent a new type of extraction method. The target market for this extraction method (i.e., which fellow manufacturers she could license her patented invention to) is realistically limited to the states where marijuana is legal. That market is reduced further by the fact that the number of licensed manufacturers can be strictly limited by a state.

In a world where everyone expects commercial goods to flow freely across borders, attracting investment to a tightly controlled industry can be difficult, even if there is a potential for intellectual property exclusivity. This could explain the lack of a major patent rush.

Regulatory limitations aside, the industry also has competing schools of thought regarding cultivation. There is a movement to at least prevent what happened in the commercial agriculture and seed industries from repeating itself in the marijuana industry. Some seek to prevent the inevitable plant patent deluge by compiling extensive strain data and making it accessible to the public in the Open Cannabis Project – a database of existing plant varieties, which serves as evidence of prior art to U.S. Patent and Trademark Office examiners.

There are also possible legal arguments to be made. First is whether a patent of an illegal substance (at the federal level) is even enforceable. Second requires determining what, if anything, is truly “novel” in an industry that has remained in the shadows for so long.

But the public disclosure efforts might only be greeted with welcome arms by some cultivators—others may desire increased patent protections for strains that they develop, especially if they can provide a lift to plummeting flower prices. Ultimately, it all depends on the direction of lead cultivators and manufacturers, the end of federal prohibition, and whether even larger companies decide to get involved.

[1] Brown bag exemptions allow farmers to save, replant, and resell protected seeds to neighboring farmers, serving somewhat as a limitation on a protected plant-holder’s rights.

What happens if this mysterious company becomes the Monsanto of marijuana? – Michigan Radio