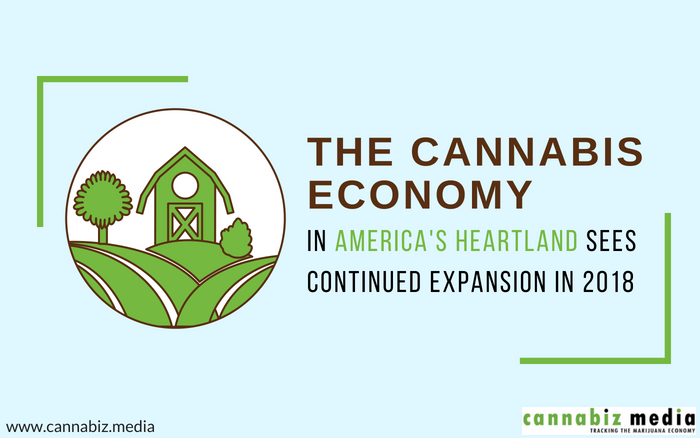 Last month, Oklahoma became the 31st state to legalize medical marijuana, with over 56% voting in favor of State Question 788. The Sooner State’s voters were the first to approve a cannabis proposal this year, and they have voted to create a generous program that will stand out among the country’s medical cannabis economies. Prior to the election, KOSU, a local NPR affiliate, summarized the proposed rules, with a few notable highlights:

The Oklahoma Medical Marijuana Authority has set a short timeline to implement business licensing established by the approved ballot measure. The authority approved emergency rules at their July 10 meeting, creating controversy after adding in restrictions which weren’t approved by voters, against the recommendation of the board’s own attorney.

Some of the controversial changes included requiring a licensed pharmacist to be on-site at each dispensary, and a ban on smokable cannabis. With legal challenges looming, the state’s attorney general has indicated he will review the changes. Application information will be available on July 26. Applications will be accepted following that, and no later than August 25.

While most of the cannabis industry’s noise this year has been focused on the coasts — with recreational expansion ongoing in California and Massachusetts — it’s easy to overlook medical marijuana’s growth in the middle of the country. In addition to Oklahoma, here’s a brief roundup of other activity Cannabiz Media has been watching:

The Louisiana legislature directed Southern University and Louisiana State University to partner with two private companies to cultivate and process cannabis for the state’s medical program, and one such partnership was established with Canadian firm GB Sciences. Earlier this year, the Louisiana Board of Pharmacy issued preliminary licenses for marijuana pharmacies (dispensaries) to begin operations later this year. These dispensaries should be operational by early 2019.

Court rulings over the constitutionality of the license application review process delayed Arkansas’ program rollout for months. Now, with an injunction recently lifted, the state issued five cultivation permits last week, but KATV Little Rock reports the Arkansas Department of  Finance and Administration has not yet determined if they’ll send formal denial letters to the remaining 90 cultivator applicants. The state anticipates product making it to shelves sometime next year — over two years after voters approved the program via ballot measure.

North Dakota voters also approved a medical marijuana proposal in 2016, but the state is just getting ready to accept applications for dispensaries. Recently, the Division of Medical Marijuana received 19 applications for cultivator-manufacturer facilities, and selected two, while also selecting one testing lab. Dispensary applications are already being accepted on a limited basis beginning with the Bismarck and Fargo regions.

Limited cannabidiol-only states are continuing to expand this year. At the end of 2017, Texas entered the legal medical marijuana economy with three organizations cultivating and dispensing CBD oil, but epilepsy is still the only condition for which patients can qualify. Missouri is in a similar situation, with only two firms cultivating and extracting hemp oil for the treatment of epilepsy.

Additionally, Iowa is about to come on board later this year, with MedPharm selected for cultivation and processing and five dispensaries selected statewide. All three of these states are deliberating possible expansion, with the possibility of Missouri facing a medical marijuana ballot measure in November.

According to Marijuana Business Daily, Minnesota is poised for growth in 2018. Although the state’s capped number of licenses won’t be raised again, as proposed, patient counts are rising, revenues are rising, and new conditions have been added.

Keep an Eye out For…

Some states’ regulatory regimes have been in the works for almost two years and are just gearing up and accepting applications, but others are still facing legal uncertainty. Nationwide brands and companies may see new opportunities to expand in states that are just coming online, such as Oklahoma and North Dakota.

Elsewhere, the unrealized value of existing CBD-only licenses lies in their potential to be the first to operate in an expanded regulatory framework with more qualifying illnesses, more patients, and more products available. Finally, increasing patient counts will lead to further program expansion and higher demand for expanded product lines.