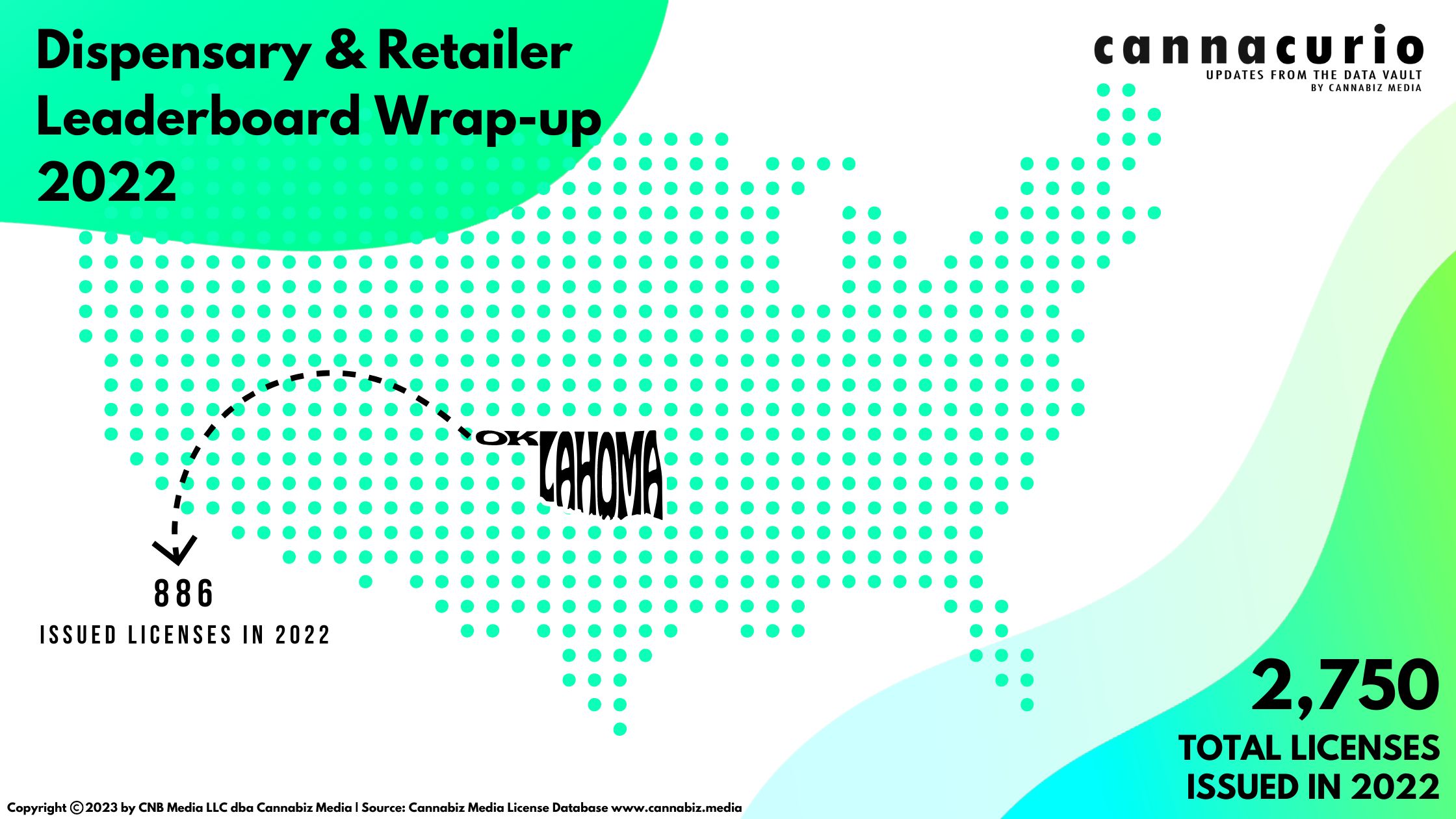 Now that 2022 has wrapped up, we want to share our annual round-up of which states issued the most dispensary/retailer licenses. Our 2021 recap post showed that 2,602 licenses were issued, and for 2022, the count came in at 2,750. Four states accounted for 66% of the newly issued licenses in 2022.

Oklahoma is often cited as the Wild West when it comes to cannabis licensing. The low barriers to entry and limited license caps have created an oversaturated market with limited controls. To address that, the Oklahoma Medical Marijuana Authority issued a license moratorium that can run for up to two years.  While there may have been a rush to get applications in before the deadline, the state issued more licenses in the last four months than it had in the first eight months of the year.

In looking across the 2,750 new licenses, it is illuminating to see which companies added stores.  Based on the Cannabiz Media License Database, here are the 13 companies that added 10 or more licenses:

Finally, the table below shows the final Cannabiz Media tally of dispensary/retail licenses for December 31, 2022:

In our 2021 wrap-up, we had 9,512 dispensary and retail licenses. Even though 2,602 were added, the industry netted out at 11,022 – a 15.9% increase over a year ago. Our Director of Regulatory Research pointed out this week that for the first time ever, we have three contiguous states rolling out adult programs in New York, Connecticut, and Rhode Island. There also continues to be chatter in the laggard markets like Wisconsin and Kansas.

A few other points to keep in mind:

Cannabiz Media expects licenses to increase thanks to new markets, and we will monitor Oklahoma to see if there is a decline in issuance and overall stores in the state.