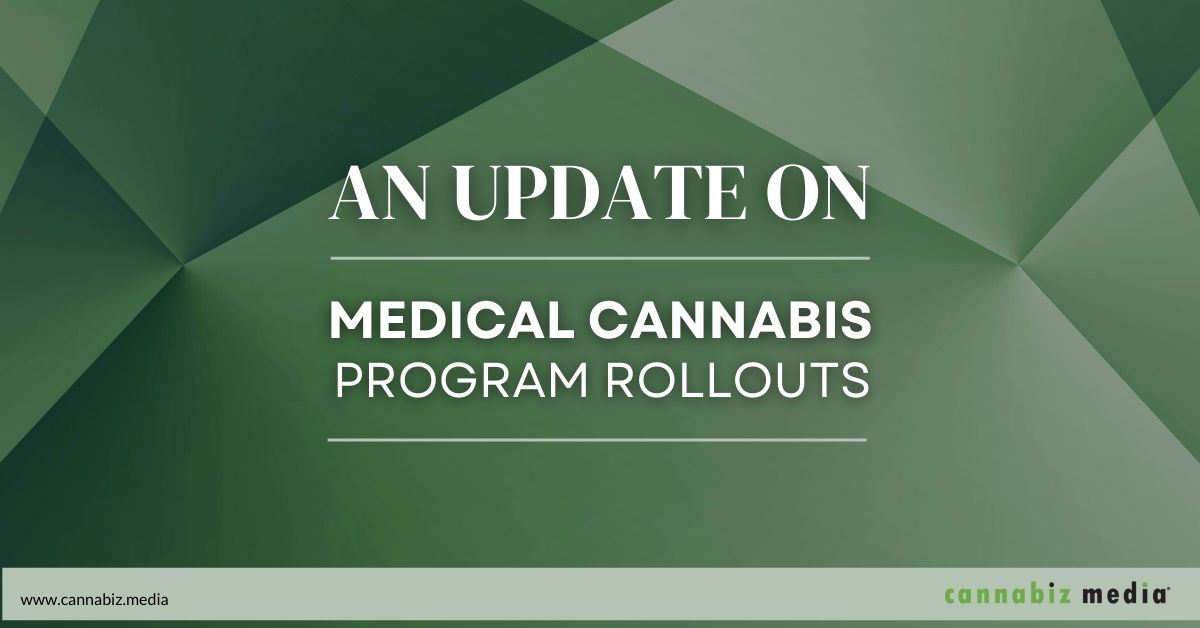 While recent news has been focused on adult-use market launches and program rollouts on the east coast, a handful of states are embarking to launch a cannabis market for the first time. In Appalachia, the South, and the Great Plains, numerous regulators have made strides in recent months to launch sales, or are very close to doing so.

Alabama legalized medical cannabis during the state’s 2021 legislative session, with an 18-month timeline prior to the bill taking effect. A fourteen-member panel has been meeting for over a year, soliciting public input, and working on rulemaking, which recently wrapped up with the announcement of adopted rules last week.

The Alabama Medical Cannabis Commission will soon begin accepting applications for standalone and vertically integrated licenses, including cultivation, manufacturing, and distribution (dispensaries), as well as transportation and testing facilities. Based on proposed rules, there could be as many as 37 dispensaries statewide in the future.

The current timetable suggests a September launch, allowing prospective licensees to express interest in applying, and an application window between October 24 and December 30. Winners are expected to be announced next June, suggesting a Q4 launch is most likely next year.

It’s been over a year since the Georgia Access to Medical Cannabis Commission announced its decision to move forward licensing six production licenses. The authority selected a mix of local and national applicants – including subsidiaries of Fine Fettle, Trulieve, and Nature’s Medicines, among others – in two license classes:

Final rulemaking for dispensaries and dispensing licensing has not yet been completed, and to date, no timetable has been published.

Unfortunately, bureaucratic gridlock has held up the rollout of this program since last summer. In the time since last year’s selection was announced, the state was inundated with appeals and objections from losing applicants, including known multi-state operators, such as Curaleaf.

During the 2022 legislative session, a variety of bills were put forth to throw out the 2021 licensing process, award new licenses, and even raise the cap to 28 production facilities. No legislation gained any traction to pass both chambers.

More recently, Governor Brian Kemp announced a new commission chair in April, while the panel unanimously decided in May to move forward with processing appeals. The state’s Office of State Administrative Hearings will have responsibility for hearing objections to last year’s licensing decisions. Once this is complete, licensing will move forward, but unfortunately, there is no timeline for now.

Mississippi voters overwhelmingly supported a constitutional amendment to bring medical cannabis to the Magnolia State — over 73% voted in favor in 2020. However, a challenge in the state’s courts led to this being overturned.

Earlier this year, the legislature followed through, establishing a statutory medical cannabis market with similar provisions. The state makes history in the south by becoming the first state regionally to have no statewide license caps. Unlike Arkansas, Florida, Georgia, Louisiana, and Texas, the state has no license caps.

Regulation of the state’s medical cannabis industry is shared by the Department of Health, overseeing production, testing, and transport, and the Alcoholic Beverage Control agency, handling dispensary licensing and sales. While the state lacks license caps, communities have chosen to opt out of some or all business licensing. Over 80 towns and nearly 20 counties have opted to prohibit cannabis sales.

To date, regulators have awarded over 90 dispensary licenses, nine for cultivation (including seven standard and two “micro” licenses), three processing licenses, one transporter, and no labs. Interestingly, the majority of the companies receiving cultivation licenses are not vertically integrated to include sales — this could be a future trend to watch as more licenses are issued.

Additionally, dispensary licenses have already been awarded to firms with out-of-state ties, including firms in Oklahoma, Missouri, and California, as well as former applicants in Louisiana, and likely future applicants in Alabama.

Similar to Mississippi, South Dakota’s voters’ choice was overruled in 2022 when a 2020 adult-use legalization measure (Constitutional Amendment A) was thrown out by the state’s Supreme Court. At the same time, prospective cannabis business owners were given an opportunity to finally enter the industry with the passage of Initiated Measure 26, establishing a medical cannabis market with no statewide license caps.

The state has been awarding licenses on a rolling basis since January of this year, with over 30 cultivators, nearly a dozen manufacturing facilities, and over 70 dispensaries receiving licenses to date.

Business operators and their models vary. Some have opted for vertical integration, while others have opted for single locations or multiple stores. While the number of licenses continues to steadily rise each month, only one state-licensed dispensary, an affiliate of Colorado-based Unity Road, has recently opened (outside Sioux Falls). More retail openings are anticipated in the coming weeks.

The Mountain State has also seen a steady program rollout this year, closing out a five-year saga from legislation to implementation. West Virginia Governor Jim Justice signed the state’s Medical Cannabis Act into law in early 2017, but various concerns over banking led to a long delay, and the state missed its 2019 deadline to post applications.

In early 2020, nearly 300 applications were accepted, and by late 2020, three lotteries had been conducted to award licenses for 20 production facilities and 100 dispensary facilities. License winners include a mix of multi-state operators, including Verano, Trulieve, Curaleaf, and Columbia Care, as well as local entities.

An increasing number of facilities are becoming operational. According to a recent weekly report, nearly every cultivator and over a quarter of the state's dispensaries are up and running. Additionally, half of the state’s manufacturing facilities are now operating. Due to the state’s geography and market, cultivators are able to open two grow facilities — an option only exercised by two licensees at this time. Additional dispensary openings are anticipated as autumn approaches.

Mississippi’s first cultivators will be ready for harvest later this year, with sales shortly following. Alabama and Georgia will not likely have any further licensing activity before the end of the year but may see additional opportunities for operators in 2023.