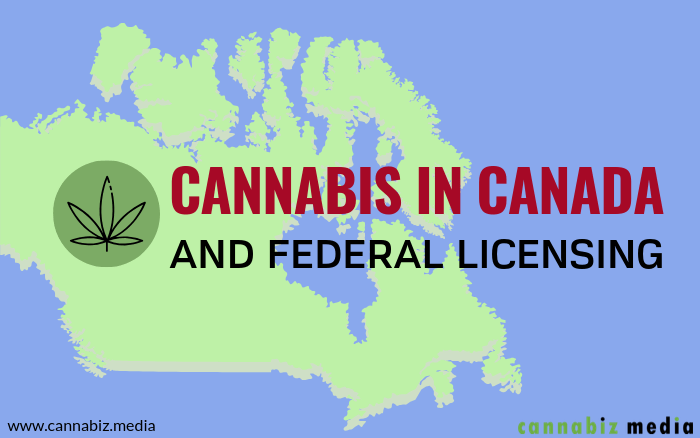 Cannabis in Canada and Federal Licensing

Canada’s cannabis legalization endeavor turns one year old today, and it’s a great time to review the previous year’s activity as provincial retail regimes continue to ramp up, new companies emerge, and licensed producers — some of which were born out of the medical cannabis era — continue to evolve. This article is the first of a series of blog posts reviewing Canada’s newly emerging cannabis marketplace and the complexities Canada is facing.

Under the Access to Cannabis for Medical Purposes Regulations, Health Canada previously developed a licensing system that allowed for cultivation, manufacturing, and distribution: direct to patients by mail. In the run-up to C-45 (the Cannabis Act) taking effect, individual provinces and territories were permitted to set up their own schemes for home grow (personal cultivation), retail stores, and personal consumption in a manner similar to Canada’s regulations for alcohol distribution. We’ll take a more in-depth look at the country’s variety of retail sales programs in the coming weeks.

Additionally, Health Canada licenses testing laboratories, cannabis research, and import/export. According to Health Canada, as of early October 2019, there are nearly 240 companies that are Licensed Producers, undertaking one or more of the following activities:

While wholesale distribution isn’t an explicitly licensed activity, it is inherent as some license holders are authorized to sell directly to provincially or territorially authorized distributors/retailers. Other companies choose to only sell direct to medical patients.

When it comes to marijuana — both medical and adult-use — Canada’s current scheme is drastically different than the United States’. Federal legalization is the biggest difference between the two countries, but it’s only the beginning.

Across the United States, there are nearly 12,300 active cannabis cultivator licenses, and over 5,000 processors. Imagine if this week, the federal Department of Health and Human Services (or the Drug Enforcement Agency) began issuing licenses to all of these businesses. If they took over where the states left off, that would be over 17,000 licenses — but that wouldn’t even include every state.

At this point, seeing the federal government adopt Canada’s split federal-provincial licensing system seems unlikely, but federal requirements for safety and potency testing, and even distribution, do seem likely in the future. But first, major cannabis banking legislation will probably be subject to continued debate.

Having multiple sites could be a result of a variety of operating strategies and decisions, such as vertically integrated companies processing and growing cannabis in two different facilities or provinces, while other companies, such as Aurora, have numerous cultivation facilities nationwide to fulfill supply chain needs more broadly.

This summer, Canada’s nascent cannabis industry reached a milestone, albeit a bad one. Agrima Botanicals had both its medical and adult-use authorizations revoked by regulators after failing to comply with rules and for failing to remedy previous violations.

The CannTrust story has slowly turned into a disaster for the industry with multiple executives exiting the firm. Earlier this week, the company announced its intent to destroy over $77 million worth of plants and inventory to once again become compliant and have its licenses restored. This includes product returned from distributors and retail locations.

Given the number of licenses, the rate of license suspensions for noncompliance seems low compared to Oregon or California in the US.

Next Up: More Licenses and Edibles

At this point, some of these licenses are for companies to produce edibles and other infused products. Over the next few months, edibles producers will be able to send their new products for review according to the Toronto Star, with a limited number of new products expected to hit shelves in time for the holidays.