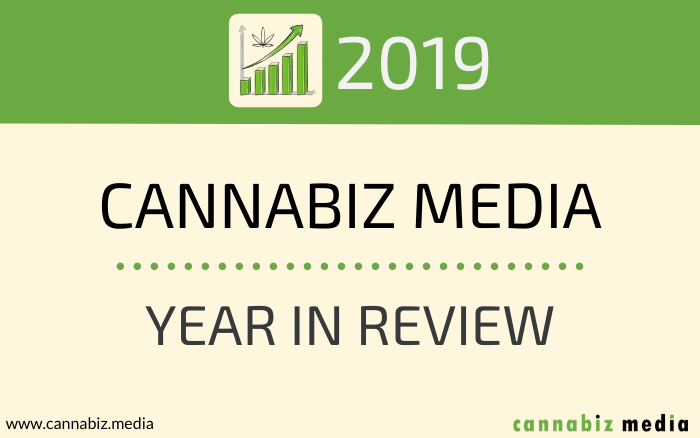 We closed out another banner year of license growth in 2019. Since Cannabiz Media tracks 153 jurisdictions/programs with cannabis and hemp in the United States, Canada, and beyond, our team is in a unique position to see license trends. Here are some stories we saw in 2019, and we expect them to have an impact in 2020.

The number tailed at year end as some programs expire licenses rather than renew them. This was due to several factors:

Looking at the list below of the top ten issuing states, only Nevada, Oklahoma, and California made the list based on their cannabis licenses. The others made it based on hemp.

Much has been written about Oklahoma’s program, which some have called a recreational program in disguise. There are now 9,292 licenses across the Sooner State with 5,505 cultivators, 1,481 manufacturers, and 2,309 dispensaries.

With a population of 4 million, Oklahoma has approved more cannabis licenses than most other states combined. The state has also approved over 235,000 patients for the program or almost 6% of the population!

Vendors that we have worked with have done well selling lighting and Point of Sale software into the state. The big question is what happens when supply invariably outstrips demand?

One industry expert pointed out that in competitive license states, a regulator may receive seven to 10 times the number of applications for the available licenses. If that rule of thumb held for Oklahoma, perhaps we’ll see the number of licenses dwindle down to 550 cultivators, 148 manufacturers, and 230 dispensaries?

Missouri received over 2,500 applications for the 350 licenses that were to be offered in 2019. The state communicated frequently and met the self-appointed deadlines. Throughout the 2019 holiday season, they awarded testing, distribution, and cultivation licenses. They are slated to finish these awards in January 2020.

The manufacturers were most recently announced and familiar names were found among the winners including BeLeaf (2) and Noah’s Arc Foundation (2), the two incumbents from the existing CBD program. Other well-known companies like Harvest (2), Verano (3), and Columbia Care (1) also secured licenses while Cresco Labs was denied on all twelve of its applications.

The state announced the 192 dispensary recipients on January 24, 2020. These licenses were awarded to 85 applicants with many winning in five locations. Now, the program will move into the lawsuit phase as disgruntled applicants begin their process.

The largest cannabis economy on the planet continued to suffer fits and starts with its program in 2019. Complaints were lodged by entrepreneurs as well as vendors that had to deal with the slow roll-out of licenses.

Through the existing program, we have over 19,000 active and inactive licenses in the state thanks to the confusing array of the now extinct temporaries, provisional, and annual licenses.

In early 2020, the state’s regulators have issued new guidance on a move to one regulator from three and perhaps some changes to the taxation scheme.

One of our favorite stories in 2019 was the quiet issuance of a large number of CBD retail licenses in a state that has issued only nine cannabis licenses.

The Department of Taxation issued 1,223 CBD Retailer and Wholesaler licenses mostly to convenience, grocery, and vape stores as well as to gas stations. Whole Foods scored some licenses as well.

As we shared in a blog post last year – all of these types of stores already sell highly regulated products like lottery tickets, gasoline, alcohol, and tobacco – so why not CBD?

What to Look Out for?

We’re expecting to see more hemp license types issued in 2020. Rhode Island has been signaling for months that CBD retailers will have to register, and Florida’s Department of Agriculture and Consumer Services (FDACS) is authorized to issue food permits for the manufacturing, processing, packing, holding, preparing, or selling of food consisting of or containing hemp extract and CBD at wholesale or retail. We expect to see more states follow suit.

On the flip side, some farmers have learned that growing and selling hemp is fraught with challenges. An article chronicling the reality for some markets in Vermont suggested that fewer licenses might be issued “because it’s so much work.”

We also expect to see more instances of “hot hemp” (i.e., hemp that test out higher than .3% THC). Instances have been reported in South Carolina, Wisconsin, and Arizona where 40% of the tested crops were hot.

To help keep you up-to-date on all the jurisdictions we follow, be sure to read our upcoming cannacurio posts that highlight where the new licenses are each month in 2020.