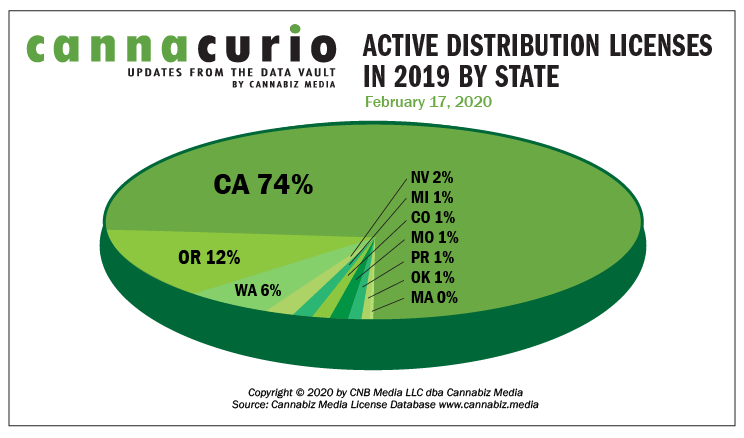 In some ways cannabis distribution serves as a business-to-business delivery license. In the few states that have these licenses, they serve as the link between license holders as cannabis moves along the supply chain. These licenses are most prevalent in California. Other states that have them include Colorado, Michigan, Nevada, Oregon, Puerto Rico, and Washington. 21 distribution licenses have been awarded in Missouri and this month Oklahoma rolled out a dozen.
‍

The preponderance of these licenses exists in states with mature programs that include recreational cannabis. The fact that it is emerging in newer markets like OK and MO could signal that new states may include this in their proposed schemes as it does provide fee revenue. However, some states will face criticism for trying to create a multi-tiered model similar to alcohol regulatory schemes.

Perhaps owing to the size of the state and the likely number of license-holders, California dominates the leaderboard for currently active distribution licenses:

‍Cannacurio is a weekly column from Cannabiz Media featuring insights from the most comprehensive license data platform.