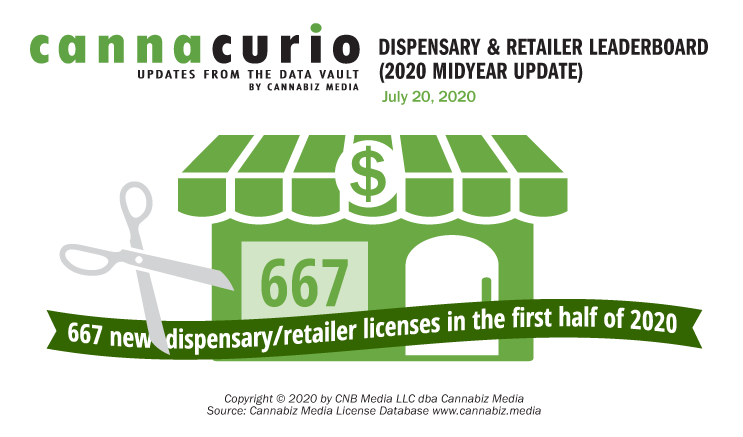 We are midway through 2020 and the industry has added 667 licenses this year. Those new licenses represent a 9.6% increase from the 6,927 at the beginning of the year. Twenty-one states have added at least one active license this year. Oklahoma still retails the lead and has accounted for 249 of the 667 (37%).

Other states are continuing to issue licenses or are engaged in fights with existing license holders or those that were denied licenses.

Oklahoma continues to be the hotspot for dispensaries in the United States and accounts for for almost 25% of the nation’s dispensaries/retailers. The rate of issuance has continued to decline since Q319.

Cannabiz Media customers can stay up-to-date on these and other new licenses through our newsletters, alerts, and reports modules. Subscribe to our newsletter to receive these weekly reports delivered to your inbox. Or you can schedule a demo for more information on how to access the Cannabiz Media License Database yourself to dive further into this data.‍