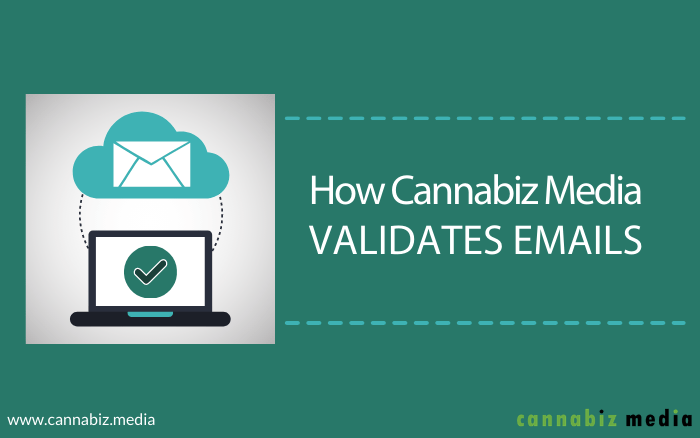 Anyone can claim to use “third party verification” on emails - there are countless tools to validate both the structure of an email address and the likelihood it will route to an inbox. Unfortunately, that’s less than half the battle.

While tools like XVerify and Mailgun Email Validation may be able to tell you if an email address looks like it should work and if it’s bounced in the past, they can’t guarantee that the email address is actually monitored.

Think of it like the USPS verifying that the location accepts mail. That’s all well and good, but if it’s an abandoned building, that doesn’t help you.

To make matters worse, email providers like GMail also set up Spam Traps - email addresses that will validate perfectly fine, but if you send emails to them continuously, you’ll be marked as a spammer.

These spam trap email addresses are, by their very nature, impossible to automatically identify. However, by checking for activity from that email account, it is possible to identify if an email address is likely to be unresponsive and eliminate any potential issues that might come up.

Cannabiz Media has developed a technique to identify “High Risk” emails - addresses that have received numerous emails from multiple customers over a period of time and have never opened or clicked on a single email.

While these email addresses may technically be valid, they most likely lead to either an uninterested party, a generic email address that is not monitored, or an abandoned email address. In some cases, these may even be spam traps designed to identify companies sending unsolicited emails.

Since Cannabiz Media sends out about a million emails every month, we have the analytics to identify these emails even if you didn’t send to them yet, and we make sure they’re removed and blocked from our database.

Of course, every email is validated before it’s added to the Cannabiz Media License Database. Our email verification system identifies addresses in one of three risk categories, Low, Medium, or High. Let’s take a closer look at each risk level.

A High risk email is automatically rejected. These are addresses that have either previously been blocked, have bounced, reported messages as spam, or the mailbox provider has reported as invalid.

Low risk emails are ones that we’re fairly sure are valid. The email provider has said it’s a valid address, and it doesn’t appear to be a generic “role based” email address. They may still be abandoned, but we consider them safe for the most part until we receive other information.

Examples of Medium risk emails include “info@” or “sales@” email addresses, as well as ones that don’t use either Google, Yahoo, or one of the other common mail providers. They may also include email addresses for domains that do not have email configured properly, and it’s not possible to tell if the email is valid until we attempt to send an email to them.

Medium risk emails are where the special-sauce known as Greylisting happens.

Greylisting is Cannabiz Media’s way of placing emails into quarantine - making sure that you, as a customer, do not suffer if the address is not valid.

These email addresses are validated by Cannabiz Media sending an email directly to them first - before we let anyone else email them. Three possible outcomes happen based on this email:

This approach allows Cannabiz Media to protect our clients’ reputations, making sure only quality emails are provided to our customers.

To learn more about how Cannabiz Media protects its subscribers’ reputations and helps them connect with valid cannabis and hemp license holders, schedule a demo of the Cannabiz Media License Database and see how it can help your business grow.