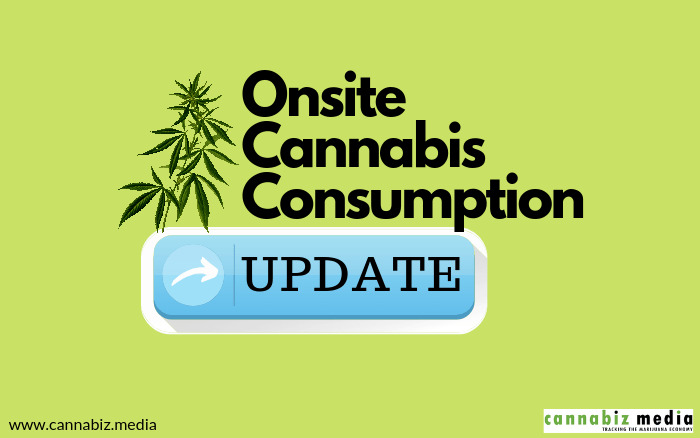 Last month marked one of the biggest days of the year in cannabis culture, and one of the cannabis industry’s largest sales days: 4/20.

For most of the states where cannabis is legal in some form, this meant cannabis was sold in a dispensary and consumed off-site. However, recent developments around onsite consumption could drastically shape the way 4/20 looks in the future.

Activists and regulators in some states are looking to onsite consumption as a way to give consumers a space to consume, while others are looking to increase tourism revenue.

Let’s take a look at some of the recent changes and conversations taking place which will establish one of the next frontiers for the industry.

Alaska became the first state to permit onsite cannabis consumption inside retail shops after regulators approved a proposal to do so in July 2017. An extended period of public comments and further rulemaking recently wrapped up, and the state’s Lieutenant Governor finally signed off on regulations in March of this year. New regulations took effect earlier this month.

The Alaska Marijuana Control Board had been deliberating onsite consumption since adult-use sales launched in fall 2016, and proposals to permit it had been tabled and delayed from 2015 to 2017.

Cannabusiness owners, community leaders, and consumers point to the state’s strong tourism economy as a motivating factor for getting onsite consumption permitted, given the state’s numerous cruise ship ports and tourist attractions. Many visitors to Alaska, including cruise ship passengers, are without a space to consume cannabis.

The social equity component goes far beyond out-of-state visitors, however. Rolling Stone reports the new legislation will also give low-income individuals living in public housing a space to consume cannabis, as many public housing facilities still have limits on legal cannabis consumption.

Under the new regulations, an onsite consumption endorsement will cost retailers $1,000, and annual renewal will cost $600 — on top of existing license fees. Additional requirements include new security and ventilation standards, which will mean new expenses for business owners.

One city, Fairbanks, voted earlier this week to establish “cannabis cafes” by allowing retailers to sell small amounts of cannabis for consumption in their stores. Other communities are expected to follow.

The Golden State has been rapidly shifting from an unregulated medical market to a dual medical and adult-use market. During the state’s first year of legal, regulated cannabis, three regulatory agencies issued over 15,000 temporary licenses; many of which have already expired, and the state has already issued 2,000 annual and provisional licenses to cultivators, manufacturers, distributors, microbusinesses, and retailers.

Current statewide regulations fail to address onsite consumption, instead deferring to local governments. Cities and counties throughout the state have largely trended toward prohibiting cannabis lounges or other consumption in retailer or microbusiness locations, with a few notable exceptions.

As California’s market matures, the number of municipalities permitting consumption at the point of sale will likely rise drastically. One proposed change, Assembly Bill 1465, would establish statewide regulations for onsite cannabis consumption and protect existing businesses.

During the 2018 legislative session, former Governor John Hickenlooper vetoed a bill that would have established “marijuana tasting rooms.” The legislature revived the proposal, with an expanded marijuana hospitality license, enabling hotels, lounges, music venues, arcades, and other businesses to allow cannabis consumption in a space on-site.

Colorado’s concept of social use is extending well beyond the dispensary walls and into other public spaces. Current Governor Jared Polis, a longtime supporter of cannabis policy reform, is more likely to sign off on the bill, while opponents, including lung cancer groups and clean indoor air quality organizations, continue to put up a fight.

Massachusetts cannabis commissioner Shaleen Title explained in an October interview that onsite consumption would be “years away,” even though the ballot measure establishing the state’s cannabis industry authorized regulators to develop a pathway to allow for it.

Local communities are required to hold referenda authorizing retailers to allow consumption within their locations, but the commission has delayed discussion on the issue.

Nearby, in Maine, new draft rules released this week fail to address where cannabis can be consumed, leaving the issue to be resolved in the future.

Given numerous Nevada cities’ reliance on tourist visitors, including Las Vegas and Reno, the industry has been lobbying local governments to allow cannabis lounges throughout the state since voters approved legalization in 2016.

Las Vegas tabled discussion on consumption lounges in 2018 and again this year, and on May 1 of this year, the city approved authorization. However, Clark County is not prepared to approve onsite consumption in dispensaries outside city limits, which means visitors won’t be smoking or vaping at dispensaries close to the Las Vegas Strip anytime soon.

Oregon legislators are currently working on Senate Bill 639, a bill to permit cannabis lounges and allowing cannabis tastings during farm tours. The proposal, which was reintroduced earlier this year, has support from the cannabis industry in a state with a large agritourism sector, including many wineries.

The emergence of in-house consumption spaces is a significant development for the cannabis industry and an exciting one for civil rights, tourism, and new business opportunities — as evidenced by the current conversation in many cities and states right now.

Giving cannabis consumers a bar or winery style environment to smoke, vape, or eat their products of choice will lead to new opportunities, possibly new products, and for now, some headaches for business owners. State and local security and ventilation requirements will be an obstacle for some dispensaries, including businesses that may not have prepared for this evolution.