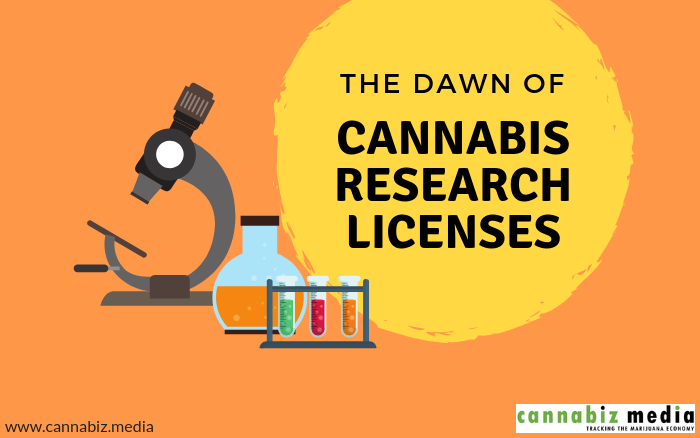 The Dawn of Cannabis Research Licenses

November marks the sixth anniversary since Colorado and Washington state voted to expand their medical cannabis programs and launch the first economies for legal adult use cannabis. In the time since Colorado and Washington voters passed their historic ballot measures, we’ve seen an explosion in the number of new states coming on board with either adult use sales, or new medical cannabis programs. With nearly five years of sales behind us, and an industry growing within an ever-evolving nationwide regulatory patchwork, we’re seeing an emergence of a new license type: research licenses.

This blog post will review current federal barriers and challenges to cannabis research, as well as identify new state programs that enable clinicians and businesses to explore new scientific opportunities in cannabis.

Historically, clinical medical marijuana research has been hindered by cannabis’ federal Schedule I status. This current classification under the Controlled Substances Act denies cannabis’ medical uses and disallows research, making it difficult for new studies to take off. Physicians, patient advocates, and lawmakers have long criticized the Justice Department for their stance on permitting research and allowing for expanded cannabis cultivation. In recent years, Congress has increasingly called for federal agencies to review enforcement and regulation of medical cannabis research. For decades, the University of Mississippi was the only licensed provider of federally sanctioned cannabis, but that recently changed.

In a historic move last month, the US Drug Enforcement Agency (DEA) issued an import permit to licensed Canadian producer Tilray. The British Columbia-based company, whose stock went soaring almost 30% on the day of the announcement, will soon begin importing THC and CBD capsules for a clinical trial on essential tremors. While this is substantial industry news, the Justice Department’s status quo of denying or slowing medical marijuana research will likely continue through the remainder of the 115th Congress, even as members of Congress complain that researchers aren’t using American-grown cannabis.

Some physicians, patients, medical cannabis advocates, business owners, and lawmakers fear federal restrictions have slowed progress, especially given the continued expansion of legalization throughout the states. State research permits are beginning to emerge as a new license type, which may help alleviate these concerns.

While not widespread, research licenses in some states have been on the books for years, established by statute or regulation. Some research programs or pathways have been established in states with prevalent adult use (recreational) regimes, while others are in medical only states.

Washington state and Oregon, two early implementers of recreational sales regulations, established research provisions to be controlled by their respective alcohol and cannabis agencies. Years later, and the rollout has been slow. Oregon still has yet to issue a single research certificate although there have been applications. Washington state is in a similar position, and their Liquor and Cannabis Board is currently reviewing five proposals for projects. In both Pacific Northwest states, applicants include individuals or companies which already hold other licenses.

Colorado, the first state to launch recreational sales in 2013, has two research license categories, both of which fall under the state’s medical marijuana program. Colorado’s recently established research regulations allow for partnerships with universities, as well as agricultural and horticultural research. As of last month, no licenses had been issued yet, but one application had been received.

In New England, two states have established medical marijuana requirements and licensing. Connecticut has allowed hospitals, health care facilities, and licensed cultivators and dispensaries the ability to apply for research permits. So far, a handful have been issued to facilities such as hospitals and hospices. Nearby Massachusetts’ newly formed Cannabis Control Commission is reviewing applications for the state’s new recreational market, and three research permits are also under review. Two of the three applications belong to companies which have operated in the state’s existing medical cannabis market, signaling interest in keeping the program active on a scientific basis.

At the start of this year, Pennsylvania seemed to be leading the charge in establishing a program that brings together private industry and the Commonwealth’s numerous medical schools. The first iteration of the state’s medical cannabis research program, which permitted each university to partner with a “clinical registrant” to operate as a grower-processor and dispensary operator, was halted by injunction after a Commonwealth Court found the regulations were not limited to research activity and created “super licenses.”

Over the summer, the Pennsylvania legislature created a fix for the program, with provisions to circumvent the previous injunction. While dispensaries licensed under Phases I and II of the state’s medical cannabis program may have up to three locations, clinical registrants who’ve partnered with universities will once again be able to open six locations — potentially increasing the number of dispensary locations statewide by an additional 48. In the weeks since the Wolf Administration re-certified eight medical schools as Academic Clinical Research Centers (ACRCs), a handful of major national cannabis companies have been identified as clinical registrant partners. According to the Philadelphia Inquirer, Acreage Holdings, PalliaTech (Curaleaf), and Knox Medical are among the companies with a new opportunity to enter Pennsylvania’s medical market. Applications to become research center-contracted clinical registrants have opened and are due in early November.

As the following figure indicates, most research permits allow for cultivation, processing, and/or transfer between licensees. Some state programs have more clearly defined the types of research permitted, or expected, under their research programs, while others have not. All states have some kind of applicant review process, typically involving an Institutional Review Board or similar review panel. Fees vary broadly from as low as $200 in Connecticut to over $15,000,000 in Pennsylvania. Given these licensing fees, the anticipated types of applicants also vary, from Oregon, where “mom-and-pop” cannabis businesses once thrived, to Pennsylvania, where larger, multi-state companies dominate the market and will likely emerge as clinical registrants.

Two emerging markets have research provisions in new rules. Canada, which is approaching a major milestone next week as the first G7 member state with legal cannabis, is still trying to wrestle with the fate of its long-standing medical cannabis program. As the country is poised to become the preeminent global cannabis leader, new adult-use regulations include a provision for research licenses. It’s likely that many current licensed producers (LPs), such as Tilray and Organigram, will be applicants.

The United States’ youngest medical cannabis market, Oklahoma, is preparing to ramp up operations, and licenses have been issued to cultivators, manufacturers, and dispensaries. The Oklahoma Medical Marijuana Authority briefly discusses research licenses on their website, but applications are not being accepted at this time as rules are still incomplete. If the state’s testing lab gap is not soon closed, and research licenses are established in the meantime, multi-state testing laboratory companies may find a home in Oklahoma as researchers. Recently, Tulsa Public Radio reported the state’s Medical Marijuana Working Group reached a consensus on possible testing requirements, which will require legislative approval.

The year 2019 will be a big year to watch for continued development of research licenses nationwide and in Canada. Some states, such as Pennsylvania, will see continued expansion aided by major multi-state operators, which could in turn, bring more experience and opportunities for patients. Other states, such as Massachusetts and Colorado, will see existing license holders break into research activity, while the Pacific Northwest states will likely issue their first research permits.