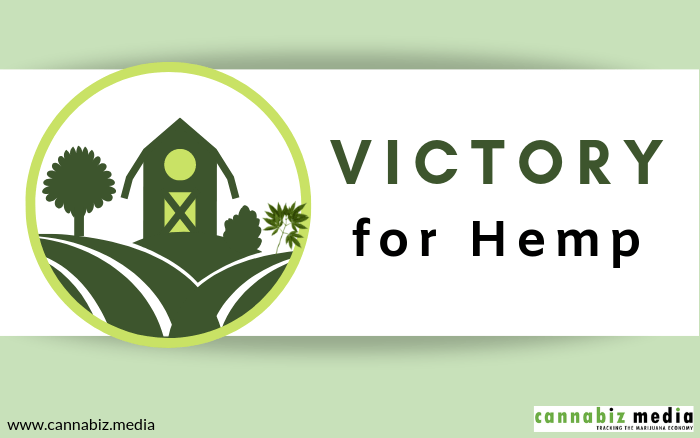 Hemp Before the 2018 Farm Bill

For most of the twentieth century, hemp and its derivatives have been illegal to produce, with a small break during World War II. Then in the 2014 Farm Bill, the Federal government permitted states to establish research pilot programs where licenses could be awarded to producers, usually in partnership with the state’s department of agriculture or a university.

From 2014 to 2018, hemp and CBD was in legal limbo. States would often create research programs and give out licenses to producers for the purpose of researching “market or economic feasibility” which meant having to produce and sell hemp, in fact, creating a grey market.

Some states, such as Colorado, would write plainly in their regulations that hemp could be grown in their states for commercial purposes. This seemed to be a conflict between federal and state law, but with cannabis being the main focus of federalism during those four years, hemp took a back seat for the media and federal drug enforcement.

What the 2018 Farm Bill Does for Hemp

President Trump signed the Farm Bill into law that was passed by Congress on December 20, 2018. The most significant part of the law regarding hemp is its removal from the Controlled Substances Act and its governance placed under the United States Department of Agriculture (USDA).

Now that hemp is legal to produce, there are numerous implications that are stated plainly in the new law. There are more financial options available to farmers to facilitate the industry. Hemp is now permissioned to be covered by Federal crop insurance just like other agriculture. Farms producing hemp will also now be able to bank normally, and companies will be able to take investment money through traditional means.

Additionally, 280(E) of the federal tax code, stating that expenses involved with the sale of controlled substances cannot be deducted, now no longer applies to hemp. Finally, producers will be able to advertise their products on larger platforms such as Amazon and Google.

The Federalism Dynamic of Hemp

The federal law regarding hemp during the 2014 Farm Bill era was limited, and many states stepped in to create their own regulations and programs to fill the void. These programs varied from the point of hemp remaining prohibited to produce in the state, to mirroring the federal research model, to the point of expanding a commercial market that seemed to be pushing the limits of federalism and the Supremacy Clause.

Now, the most pressing question is what happens to the state programs in place and what are their relations to the USDA? First, it should be noted that although the 2018 Farm Bill is now law, it will take about twelve to eighteen months for the USDA to promulgate regulations for hemp, but we already have some information from the statute.

First, states that already have some kind of program in place will have to assess those programs in light of the new law. State Departments of Agriculture will have to submit their programs to the USDA Secretary for approval:

States that decide to create their own plans must follow some minimum requirements. These requirements include:

Once a program is submitted, the USDA Secretary has 60 days to approve or disapprove, where disapproval will allow states to amend and resubmit. The USDA Secretary will also be able to audit state programs and revoke those programs if there are enough violations. (Agriculture Improvement Act of 2018, §297B(a)(2)).

States will also be permitted to put in place programs with more detail and stringent requirements than what is required by the USDA, and federal law will not preempt the state by statute.

A state may also choose to take no action and not regulate the production of hemp. If that is the case, a producer can produce hemp but must do so in compliance with the federal program and obtain a license from the USDA Secretary. (Agriculture Improvement Act of 2018, §297B(a)(3)(A)).

Furthermore, a state can choose to prohibit the production of hemp within its state. However, federal law prohibits a state from prohibiting shipment or transportation of hemp or hemp products through its state. (Agriculture Improvement Act of 2018, §10114).

How States Will Respond

It will take some time for federal rules to be written before states know what is required of them or what they are permitted to do with hemp production. However, it is likely that the states that already have programs in place will at the least tweak those programs into compliance and submit them to the Secretary, or greatly expand programs that have been previously restricted to permitting a few growers to produce just for research.

What will be more interesting is the response of states that either have no current rules or outright prohibit the production of hemp in their states. Hemp cannot be stopped from going across borders, so it is not likely that states allow their neighbors to have a competitive economic advantage and hold back the farmers of their own states. We may also see states begin to engage in competitive deregulation. It truly is a new era for this versatile crop and those who grow it.

The Cannabiz Media License Database is currently tracking 3,709 hemp licenses in both the United States and Canada for activities that include cultivation, processing and seed distribution. If you need updated, reliable information about hemp licenses, schedule a demo today.