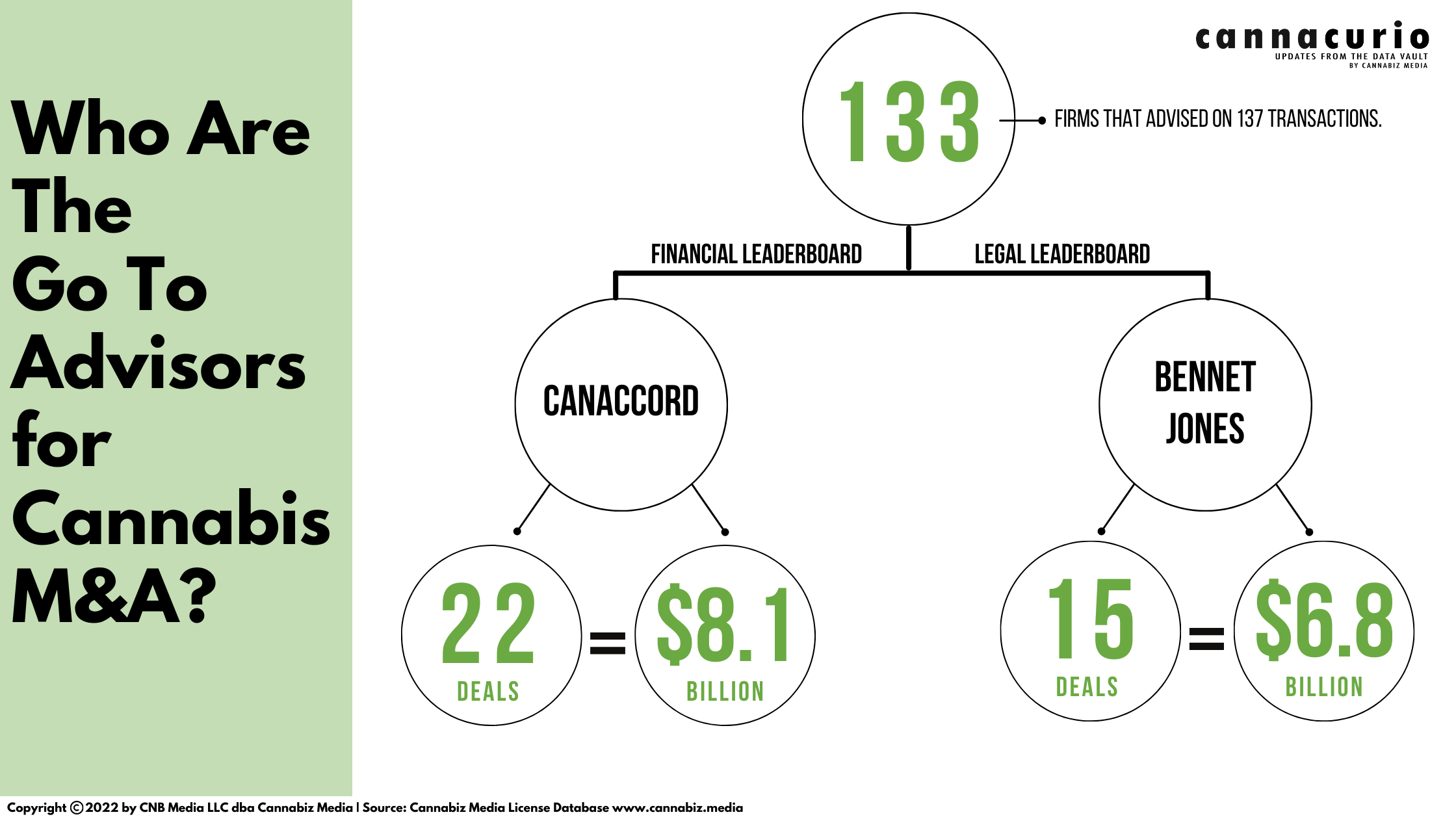 Cannacurio #58: Who are the Go-To Advisors for Cannabis M&A?

In 2020, Cannabiz Media started researching cannabis mergers and acquisitions as a byproduct of license tracking. M&A is a key transaction because licenses change ownership in these deals. Recently, we wrote about which MSO’s led in buying versus building cannabis stores.

For this post, we want to share what we found about who advised them. This data was obtained from our Cannabiz Intelligence™ Advisor Leaderboard:

We have researched the details on over 500 M&A transactions in the cannabis, hemp, and ancillary space. When available, we have gathered information on the legal and financial advisors who assisted the buyers and sellers.

Our research has identified 133 firms that advised on 137 M&A transactions. This is a convenience sample as we were not able to obtain advisors for all deals. We do welcome submissions.

Canaccord Genuity is the financial leader advising on 22 of the 137 deals. ATB was a distant second with 10 deals. Canaccord is also the leader on both the buy and sell side components.

Canaccord is also the leader on both the buy and sell side components.

On the legal side, half a dozen firms advised on 10 or more deals. Of the top six firms, only Foley Hoag LLP (13) and Dorsey & Whitney (6) were US-based.

Bennet Jones led both the buy and sell side leader boards.

M&A has been an on and off again phenomenon in our market. At Cannabiz Media, we track the license assets as they move from company to company. When capital contracts, we see a pause on transactions and as many have pointed out, a lot of the big deals are likely done.

Second tier MSOs and single state operators may be the next wave of participants.  Stay tuned as we’ll continue to track all of these transactions on our Cannabiz Intelligence platform.