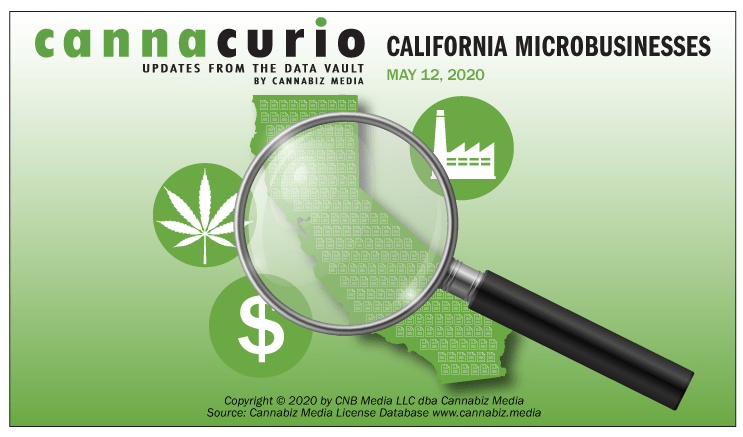 Currently California’s Bureau of Cannabis Control has issued 267 active microbusiness licenses. In order to hold a California microbusiness license, a licensee must engage in at least three of the following cannabis business activities: Retailer, Retailer Non-Storefront, Cultivation (less than 10,000 sq. ft.), Distributor, Distributor Transport Only, Manufacturer (Level 1, Type 6). These have been planned in a number of states as a way to encourage craft cannabis and to ensure that small businesses can participate in the industry.

The graph below shows what the number and the percentage of microbusinesses that selected that activity.

And when offered such a plethora of choices, here’s how many activities the license holders chose:

Of the 185 that chose cultivation – data was provided by some as to the type of lighting they selected. The list is not mutually exclusive. The tally looks like this:

Thirteen licenses that chose cultivation as an activity would use more than one lighting type.

97% of microbusinesses have chosen Distributor as one of their activities. Based on the BCC’s recently updated instructions distribution licenses give these owners important control throughout the seed-to-sale process:

Oddly there were a few cases where Distributor and Distributor-Tranport Only were selected.

This was chosen for 91 of the licenses and oddly was paired with Retailer Non-Storefront six times.

Why does this matter?

Microbusinesses were created as a way to give small operators a chance to succeed in the cannabis economy. They were creatively constructed to give entrepreneurs choice with a build-your-own type approach. California is not the only jurisdiction to permit these – they are currently cropping up in Michigan and will be available in Illinois and Massachusetts.