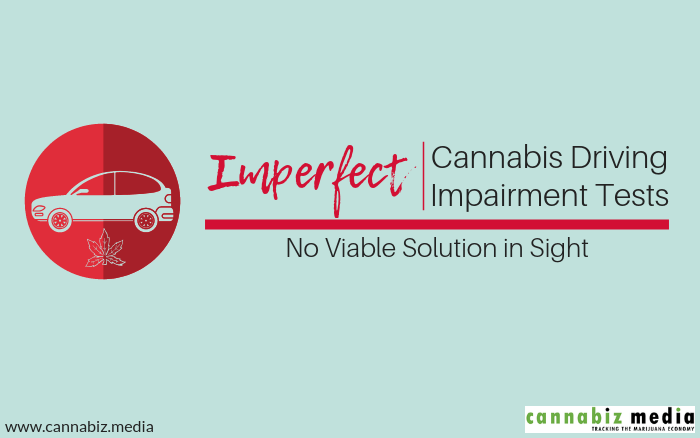 The problem with testing for cannabis and related driving impairment is that there isn’t a direct correlation between the amount of THC a person has consumed and their impairment level like there is with alcohol consumption and impairment. THC can stay in a person’s system for up to seven days, but that person isn’t impaired for seven days.

Make no mistake – having a testing process in place to detect whether or not people are operating motor vehicles while under the influence of cannabis, which could impair their ability to drive, is a very good thing. However, when the testing process is imperfect, the story changes quite a bit.

In Canada, where recreational marijuana sales began on October 17, 2018, the struggle between cannabis legalization and keeping people safe on roadways is already well underway.

Unfortunately, the cannabis roadside test, the Drager DrugTest 5000, which was approved for all law enforcement agencies by the Canadian Justice Minister Jody Wilson-Raybould in August 2018, is arguably just as imperfect as every other cannabis test that has come before it.

In fact, scientific research published in Trends in Molecular Medicine found that there is no single blood test or oral fluid test that can determine whether or not a person is impaired by the THC in cannabis. While innovative entrepreneurs and scientists continue to look for a reliable testing method, one has yet to be found.

The Drager DrugTest 5000 uses saliva screening equipment to test for THC. According to the manufacturer, Drager, the device is used in over 40 jurisdictions in the world, including Finland, Russia, Saudi Arabia, and Australia.

Despite reports of many false positive and false negative test results (including false positives returned when people eat poppy seeds or drink coca tea and false positives found through scientific research published in the Journal of Analytical Toxicology) and reports that the device does not operate well in cold or hot temperatures, the company defends the device by citing its own research in Norway, which showed the device’s results are reliable.

However, Einat Velichover, who manages drug and alcohol detection in Canada for Drager, told KelownaNow that the Drager DrugTest 5000 was never intended to measure impairment. The device just identifies whether or not there is the presence of THC in a person’s saliva.

Not All Canadian Police Departments Support the Approved Tests

The Canadian government pledged $161 million in funding for drug testing equipment and police training between 2018 and 2023, but not all Canadians or police departments are on board with the Drager DrugTest 5000.

For example, in September 2018, just before recreational cannabis sales began in Canada, Ottawa’s chief of police, Charles Bordeleau, listed three primary reasons why his department would not use the approved device.

First, each device is $6,000. Second, the law states that once a department purchases a device, it is expected to install the device in a police cruiser and begin using it immediately. Bordeleau says that regulation would make the machines cost prohibitive to the department. Third, Bordeleau states that the lack of reliability in results reported at different temperatures is a big problem.

Instead, his department chose to focus on training more drug recognition experts who test people that fail field sobriety tests in a 12-step process, which looks for cognitive and physical signs of impairment. If someone does poorly on these tests, a blood or urine test is ordered.

Bordeleau stated that a drug recognition expert will be viewed as more reliable in a courtroom than the machine test that only detects the presence of TCH rather than the impairment level. He may be correct. In fact, many lawsuits have already been filed questioning the validity of Drager DrugTest 5000 results.

Many companies are actively working on developing new cannabis impairment tests and equipment, such as the Abbott SoToxa, which has similar problems in terms of detecting false positives as the Drager DrugTest 5000.

However, until a reliable testing method is discovered, Canada’s federal government hopes the approved drug screening equipment will provide another tool to help police officers enforce the country’s laws and keep its citizens safe.

Interestingly, six months after legalization, the Canadian Press gathered data from police forces across Canada related to impaired driving charges. Data from nearly all police forces showed that the number of impaired driving charges did not change significantly after recreational cannabis was legalized, and only one reported that the number of charges increased.

How to Keep up with Cannabis Industry News