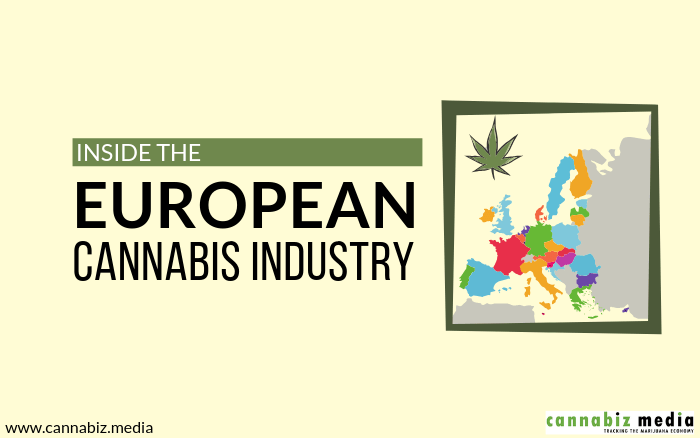 Inside the European Cannabis Industry

If industry analysts are correct, the European cannabis market could eclipse the combined markets in the U.S. and Canada in the future. According to the fourth European Cannabis Report, 4th Edition from Prohibition Partners, the cannabis market in Europe could grow to a $136 billion industry by 2028 if all European countries legalize medical marijuana and regulate adult-use cannabis by 2023.

Compare that number to New Frontier Data’s August 2019 estimate of $42.9 billion as the current value of cannabis demand in Europe, and the $136 billion projection doesn’t seem all that far-fetched.

Importing cannabis is still the norm in Europe. Bedrocan of The Netherlands has been supplying most of the cannabis to the rest of Europe, but established cannabis companies from outside of Europe have been actively seeking ways to export cannabis to European countries. So far, they’re doing it primarily through acquisitions and by winning licenses.

Importing will continue to be the norm for the foreseeable future in Europe. For example, even after Germany’s production efforts start to show results in 2021 (growing will begin at the end of 2020), there will continue to be a need to import in order to meet demand projections.

In Italy, the Ministry of Health announced that the country will triple the amount of medical cannabis produced domestically in 2020, but there will still be a need for imports as demand continues to grow.

While analysts expect these two countries to continue to hold the top two spots in Europe for years to come, they’re certainly not the only ones making strides in the industry across the continent. New Frontier Data estimates that France actually has the highest market value based on potential cannabis demand today at $10.5 billion, which is higher than both Italy ($9.7 billion) and Germany ($9.5 billion).

The cannabis market in The Netherlands is still quite small, but the country is testing legalization of recreational marijuana. Brightfield Group estimates that the domestic market could grow to $1 billion by 2023. Additionally, the Czech Republic ranks as another large European cannabis market. Only one small cultivator is in operation, so the country relies on imports to satisfy demand.

The Future of the Cannabis Industry in Europe

All signs point to significant growth of the cannabis industry in Europe, but with that growth will come changes.

According to The European Cannabis Report, there is a 60% to 70% chance that cannabis will be legal in Europe within the next three years. The market sizes of five key European cannabis markets by 2020 (post-legalization) are estimated in the report as follows:

If you’re interested in connecting with European cannabis license holders to leverage the opportunities in this part of the world, schedule a free demo of the Cannabiz Media License Database where you can find all of the data you need to make it happen.