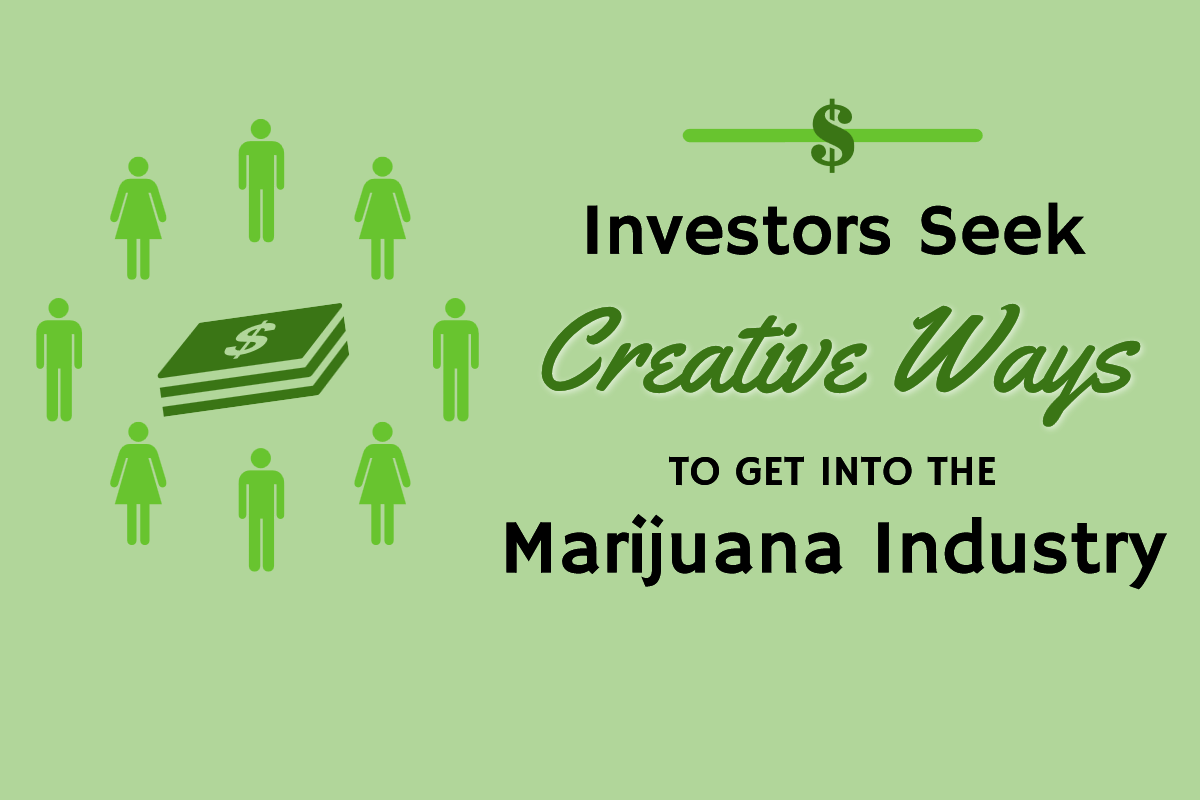 Investors Seek Creative Ways to Get in the Marijuana Industry

The medical marijuana market is expected to grow to $29 billion by 2019, but the real money is in picks and shovels. Just like the California Gold Rush, when it wasn’t the people digging for gold who got rich but rather the businesses who supplied those people, it’s the businesses that supply marijuana businesses that are making the most money from the industry.

For example, the market for the equipment used to test marijuana for potency and quality is expected to grow to between $50 million and $100 million by 2020. Given the many regulations surrounding marijuana growers, producers, and dispensaries that often limit revenues, investing in these ancillary businesses which serve the marijuana industry makes sense.

The Real Money Opportunities in the Marijuana Industry Two Years Ago

Two years ago, Hilary Bricken of Above the Law identified the three sectors where the real money was being made in California. These were the sectors where her firm saw investors most aggressively seeking opportunities to get into the industry. At the time, she said they were finding the most success in the state in real estate, technology, IoT (Internet of Things), collective management companies, and intellectual property and licensing.

It wasn’t just in California that investors were trying to get in on the marijuana industry two years ago. Top bankers and investors were pursuing marijuana-related business investments across the country.

But the question at the time was simple. How do you really make money in an industry that’s still illegal at the federal level? The answer was to flank the industry and generate revenue by coming at it from a different angle. In other words, the answer was ancillary businesses that never touch the plant at all.

Let’s face it, the list of supplies, equipment, and services that marijuana-related businesses need to stay operational is long, and someone has to make, sell, and profit from those products and services. Software is one such product.

Hilary Bricken wrote back in 2016 that there was a software void in the marijuana industry. She said marijuana businesses need software that, “provides business-to-business solutions or that increases cannabis business efficiencies.”

Hilary suggested that launching such a software could drive significant revenues to the developing company and investors behind it. Fast forward to 2018 and there are multiple cannabis-related software products available and some of the companies behind those products are doing very well.

For example, Green Bits, which offers a cannabis point of sale technology platform, raised $2.2 million in funding from cannabis venture capital firm Casa Verde in 2017. In addition, Green Bits has raised money from Sequoia Capital and Andreessen Horowitz. Casa Verde has also invested in tech companies like LeafLink and Eaze.

Investing in the Marijuana Industry Today

Software was just the beginning of the rapidly growing interest in ancillary cannabis businesses among investors that Hilary Bricken wrote about back in 2016. Today, investors are looking across the supply chain and all verticals for the best opportunities. In fact, investment firms like Casa Verde and Canopy are focused entirely on investing in ancillary marijuana businesses.

Private equity firms are also entering the marijuana industry in larger numbers than they did in the past with an eye on ancillary businesses. In February of this year, Merida Capital Partners invested $6 million in Kush, a cannabis product packaging company. Earlier this year, Kush reported year-over-year sales growth of 249%.

When Casa Verde invested in LeafLink around the same time Hilary Bricken published her article on Above the Law (April 2016), Leaflink’s platform processed 12,000 transactions for dispensary owners who were buying inventory from cannabis brands. In September 2017, the number jumped to $14 million.

Suffice it to say, investing in ancillary marijuana businesses is a strategy that is working for many investors. However, institutional investors are still slow to enter the industry. That is likely to continue in the near future while marijuana is still illegal at the federal level. In the meantime, there are a lot of opportunites for private equity firms and venture capital firms.

There are still a lot of hurdles, but there is money to be made in this growing industry as many companies and investors are proving. Today, the easiest opportunities and a lot of that money are still in those picks and shovels.