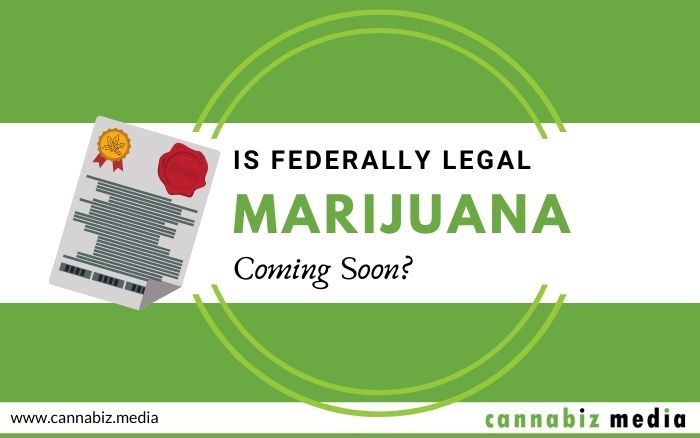 In 2021, only 8% of American adults do not believe that cannabis should be legal for adults according to a Pew Research poll. In other words, more American adults than ever favor cannabis legalization.

While there are still many obstacles in the way, here are four factors pushing lawmakers to consider federal legalization more seriously:

Total sales of legal cannabis are projected to reach $36 billion by 2023 according to Cantor Fitzgerald. That’s more than 100% growth from the $17 billion in sales tracked in 2020. With those kinds of numbers, it’s not surprising that more states are legalizing cannabis and federal legalization is inching closer to a reality.

Money – and its impact on the economy – plays a factor in when and if cannabis will be legalized at the federal level in a few ways – from where money is coming from to where it’s going.

States that have already legalized medical and/or adult-use marijuana have enjoyed the tax income from the industry, so it’s not a big leap to understand why legalization and the money that comes from it could be enticing at the federal level. A study from New Frontier Data conducted in 2018 estimated that if marijuana is legalized at the federal level, the industry could generate annual tax revenue of at least $10 billion.

Add the economic crisis happening as a result of COVID-19, and the additional money that cannabis legalization can bring in is hard to ignore.

According to the April 2021 Pew Research survey mentioned above, 91% of U.S. adults believe cannabis should be legal for medical and/or adult-use. However, support for marijuana legalization is still quite different based on political party affiliation and age.

Legalization of cannabis for medical and/or adult-use is particularly popular among younger American adults. The Pew Research study found that younger Americans are more likely to support legalization than older Americans. Considering nearly 88% of millennials believe marijuana is safer than alcohol, this isn’t surprising. The study results revealed the following breakdown by age:

The reality is the population isn’t getting any younger and cannabis sentiment is likely to continue tipping toward legalization support in the future. There’s no turning back now.

There is a lack of social equity in the United States and the war on drugs has exacerbated the problem. While many states have built social equity programs into their cannabis business licensing programs and others have passed decriminalization laws, pardoned people, and expunged records for low-level cannabis convictions, there is still a lot of work to be done to ensure cannabis is no longer a source of social inequity.

On August 29, 2021, Senator Bernie Sanders (I-VT) spoke at a town hall event in Iowa where he said, “The so-called war on drugs has been an abysmal failure. It has destroyed God knows how many lives – disproportionately African American and Latino. What you are now seeing is a radical change of consciousness with regard to that war. You are seeing state after state after state legalizing marijuana.”

As the call for social equity continues to grow across the country, the case for federal cannabis legalization gets stronger.

Black market sales are a threat to public safety, and due to the Schedule 1 status of cannabis at the federal level, there has been very little research conducted to learn about it, particularly in terms of safety and medical opportunities and risks. Until federal laws change, getting these types of research projects funded and approved will continue to be extremely difficult.

The good news is that on September 2, 2021, the Biden administration proposed changing the registration process used for scientists to access Schedule 1 drugs. The change would make research easier by matching the registration for Schedule 1 drugs to the process used for Schedule 2 substances. While this isn’t the de-scheduling of cannabis that many people want, the change could at least make research of cannabis easier, which should lead to safer products and improved public safety.

President Biden has yet to change his stance against full federal cannabis legalization, so all eyes turn to Congress to see if any of the legalization bills currently in progress will move forward in a meaningful way. Until then, it’s a waiting game with 91% of Americans hoping for federal legalization that will bring solutions to some of the country’s economic, social inequity, and public safety problems.