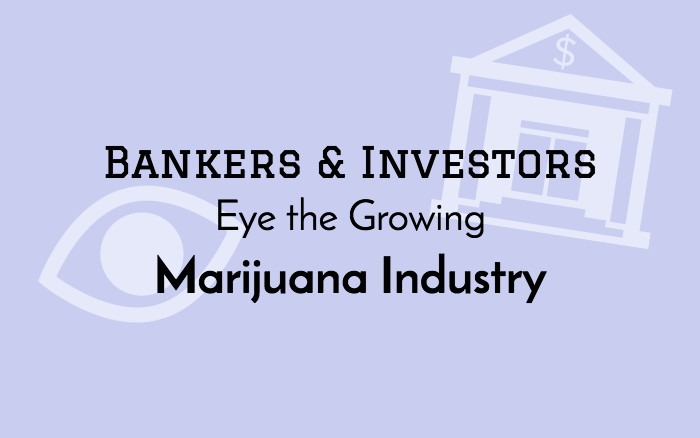 Industry News
State News
Finance
Be the first to know when new content like this is available!

Marijuana might still be illegal at the federal level but for the country’s top bankers and investors, it’s part of an industry they can’t resist. In fact, investors’ interests in the marijuana industry have been growing steadily, and with five states having already legalized recreational marijuana and another six states voting in November on whether or not to legalize recreational marijuana, the potential dollar signs for marijuana-related businesses could explode in the near future.

This month, Roger Jenkins, who was one of the highest paid bankers at Barclays Plc according to Bloomberg, invested in a new marijuana venture. Bloomberg explains that Jenkins is just one of the backers of an investment fund which recently acquired land in California, and that land will be used to set up a marijuana business.

The allure of the marijuana industry is tied directly to earning power. The medical marijuana market in California alone is projected to grow to $2.6 billion by 2020. With big earning potential comes big investments from big names.

Moving Beyond Top Bankers and Investors

In Maryland, 144 companies submitted applications for 15 marijuana cultivator licenses earlier this year, and the long list of diverse investors behind those applications might surprise you. In total, more than 950 people were listed as working for or investing in the companies that applied for these licenses. The list includes business executives, politicians, lawyers, lobbyists, government leaders, law enforcement professionals, and military leaders.

Given the fact that Maryland’s medical marijuana sales are expected to be $9.7 million during the first year and jump to $60 million in 2020, this is a market that is very attractive to far more than just top bankers and investors. Even a former Baltimore Ravens player is involved with a firm that submitted a cultivator license application!

By 2019, the country’s marijuana industry is expected to grow to $30 billion. Savvy investors see marijuana as a money-making opportunity. Will they be proven correct? Only time will tell.