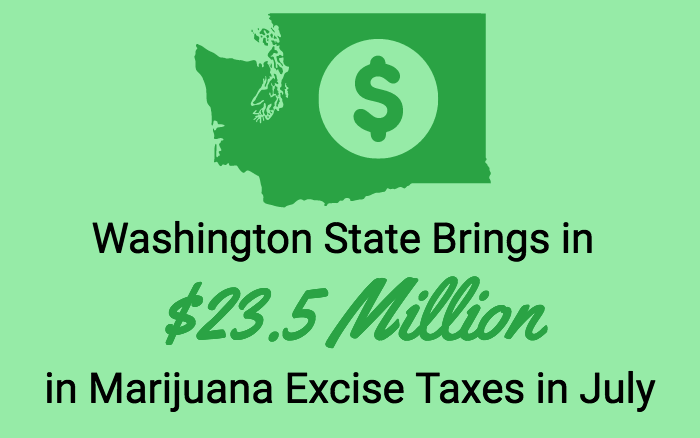 Those statistics come from 502data.com via Washington’s Bellingham Herald, and they paint an interesting picture. According to the data, total marijuana sales in the state have exceeded $1 billion since 2014, and the huge jump in sales during July is being attributed to the state’s closing of its medical marijuana dispensaries on July 1st. At that time, the state merged its medical and recreational marijuana programs, and as the data shows, retail sales jumped. As a result, tax revenue for the state jumped, too.

In addition, several states charge other taxes such as an edibles tax of 7% in Maryland and a gross receipts tax in Delaware.

Clearly, Washington’s excise tax is high in comparison to other states’ excise tax rates. Considering that excise taxes are usually included in the price of the product, the high tax rate in Washington could definitely affect consumers’ abilities to purchase marijuana legally. In other words, high excise taxes that inflate the price of legal marijuana to consumers will likely cause demand to decrease. Ultimately, the entire industry could be negatively affected.