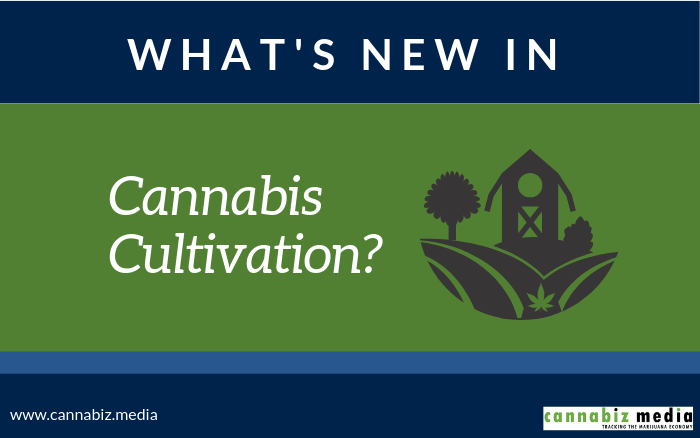 The news has been filled lately with stories about cannabis cultivation across the country and in Canada, Europe, and South America, and competition is rampant.

A 2019 study from Farm Journal found that even conventional farmers are eyeing the cannabis industry with nearly one out of three surveyed farmers and ranchers saying they believe farmers should grow recreational marijuana, nearly one out of two saying they would consider growing cannabis in the future, and nearly three out of four saying they believe farmers should grow high-CBD, low-THC medical cannabis.

It’s not surprising that cannabis cultivation is such a hot topic. With more than half the U.S. population now living in a state where medical and/or recreational marijuana is legal and more states considering legalization than ever, cultivation licenses are considered the most valuable across the supply chain.

Cultivation of industrial hemp is also growing rapidly with the passing of the 2018 Farm Bill. VoteHemp reported that farmers cultivated more than 78,000 acres of legal hemp in 2018, up from 26,000 acres in 2017 and just under 10,000 acres in 2016. These numbers should skyrocket in 2019, and with that growth, it’s likely that there will be more mergers and acquisitions.

Cannabis technology is changing cultivation and allowing growers to scale quickly and economically. With growth comes a race to see which competitor can be the most profitable, and technology is helping many growers do exactly that.

Every type of technology – from lighting to data tracking sensors – can make a difference in yields, quality, resource utilization, space, and costs. As mergers and acquisitions turn cannabis cultivation into a truly commercialized business and cannabis into a commodity, technology plays an integral part in who will take the lead.

With large scale commercialization comes the risk of losing the “art” of cannabis cultivation. Mergers, acquisitions, and technology certainly favor big businesses with deep pockets, but craft cannabis cultivators – the cannabis artisans – are trying to survive with a focus on quality and uniqueness.

Just as craft breweries have been able to carve a successful niche out of an industry dominated by global powerhouses, craft cannabis cultivators are trying to find their own place in an industry poised to be led by a small number of big companies.

One way smaller cultivators are trying to separate themselves from the commoditization of the cannabis plant is by focusing on sustainable growing and business practices. However, sustainability and resource conservation is a growing topic of concern for cannabis cultivators of all sizes.

Indoor cannabis growing uses 10 times more energy than a typical office building. To put that into perspective, consider this – nearly 4% of Denver’s energy use comes directly from the cannabis industry. Technology can help reduce water and electricity consumption, and committing to sustainability and resource conservation can be a valuable competitive differentiator.

4. Battle of the Brands

As the marijuana market grows, it’s natural for brands that build reputations for quality and reliability to gain more and more market share. This is a battle we’ll see play out across the United States for the foreseeable future. However, in California, a battle of the cultivation brands is already well underway.

In this case, the advantage could depend on licensing. At the end of 2018, nearly 7,000 temporary cultivation licenses had been awarded in California. While you might expect that the majority were awarded to cultivators operating in the Emerald Triangle (Humboldt, Mendocino, and Trinity), it was Santa Barbara County that had amassed the most cultivation licenses at the time.

Bottom-line, brand competition among cannabis cultivators will happen at the source and product levels. Only time will tell which brands will be the biggest winners.

Key Takeaways about Cannabis Cultivation in 2019

There is no lack of competition in cannabis cultivation in 2019, but cultivators who are able to leverage growth opportunities (including M&A), technology, sustainability, and brand building will have significant advantages in the future.