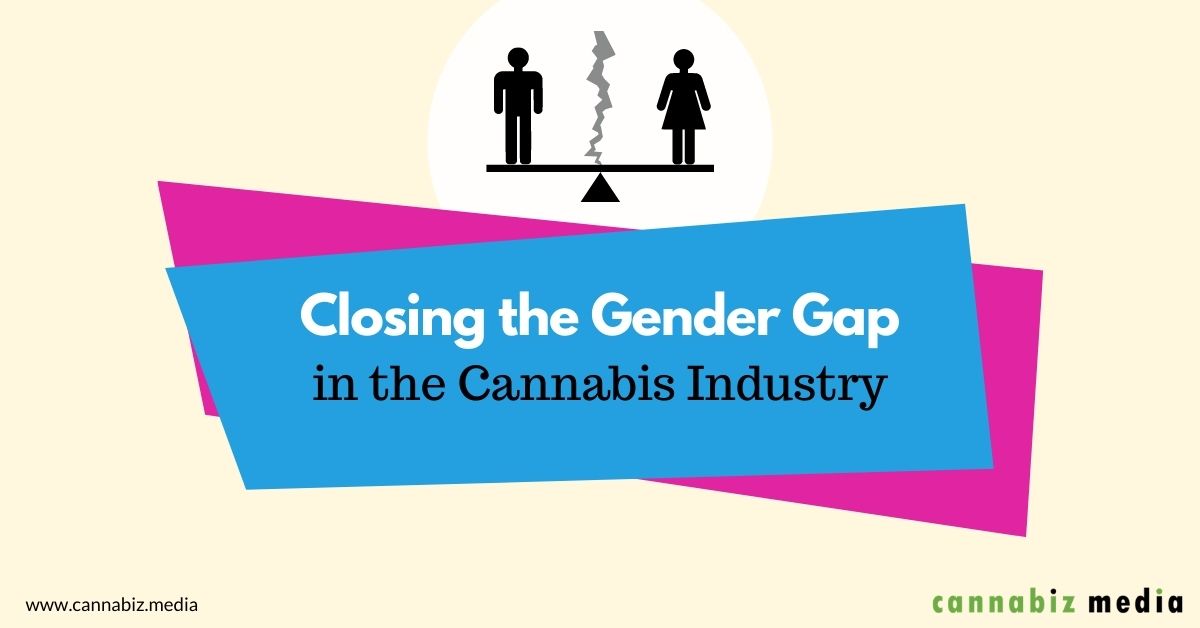 Closing the Gender Gap in the Cannabis Industry

Just as social equity should be a priority in the cannabis industry, so should gender parity. According to a recent report by the National Cannabis Industry Association (NCIA) and The Arcview Group, the first step to close the gender gap in the cannabis industry is to recognize “systemic discrimination and oppression,” which includes gender discrimination and oppression in business.

The NCIA and Arcview Group report authors identify five areas where the gender gap must close in order for businesses to achieve parity:

Looking at these five areas, it’s clear that women are at a disadvantage not only as business owners due to a lack of capital access and disproportionate equity ownership opportunities, but also as employees at every step along their careers. Starting with unequal pay and following them as they attempt to climb the corporate ladder, the data shows women face greater obstacles and fewer opportunities to get promoted to leadership positions. Of course, this is a problem across industries, not just cannabis.

Factors that Exacerbate the Gender Gap

The “Gender Parity in the C-Suite” white paper from NCIA and The Arcview Group identifies seven factors that strongly contribute to the gender gap in the cannabis industry:

Like the glass ceiling, the grass ceiling is defined as the invisible barrier that prevents women’s chances at advancing their careers in the cannabis industry. Often, this barrier is the result of occupational segregation – something that exists in other industries as well. The researchers explain,

“Women executives fill positions such as personnel, public relations, marketing, and some finance specialties. There are rarely pathways to the powerful top management positions, which is often intentional. This is an example of tokenism or a way of practicing performative gender parity but not actual gender parity. The pathways that lead to power positions, like President or CEO, are rarely offered to women in any significant way, thus limiting access to those positions.”

One of the most significant barriers identified in the report is what’s referred to as the Dude-Bro Network that the authors say shuts women out of top leadership positions. This phenomenon exists outside of the cannabis industry as well. For example, it’s alive and thriving in the tech sector. The researchers explain,

“The Dude-Bro Network consists of males who have been educated at the same institutions and/or who have climbed the corporate ladder together. The Dude-Bro network tends to be more comfortable promoting individuals who look and act like themselves. Men in these top level decision-making roles often look to current or former colleagues and friends to fill these positions without ever considering women.”

When they’re aren’t many women in leadership positions, there will be a lack of mentors to help other women advance in the cannabis industry. Without female mentors who have experience and knowledge in the cannabis industry, there is a gap in providing guidance and career development support to aspiring women who want to advance to leadership roles.

Gender-based discrimination and sexual harassment continues in the cannabis industry and outside of it. The report authors explain,

“Patriarchal value structures and preconceived notions of gender roles lead to a wide range of rules pertaining to gender-determined behaviors and expectations. Broad acceptance of these rules sets up the rationale for male supremacy and the potential for male harassment.”

Stereotypes derived over many generations put women at a disadvantage in the workplace, and the cannabis industry is not immune. Women continually find themselves labeled as one of two extremes with no middle ground:

These are stereotypical labels based on gender that are rarely used to describe men in the workplace across industries, but they continue to hinder women from progressing in their career paths.

Despite the problems presented in the “Gender Parity in the C-Suite” report, the 13 women and men who authored the report did identify seven key steps that the cannabis industry and companies operating in the industry can take to close the gender gap. They include:

Keep in mind, these steps need to be taken in order to close the gender gap across all five areas where it most profoundly exists in the industry today: capital access, equity ownership, board representation, C-suite executive representation, and equal pay.

Key Takeaways about Gender Parity in the Cannabis Industry

Research shows that having more women in leadership positions positively affects the success of companies in a variety of ways, including higher profits, better stock performance, and higher revenue. In fact, there are many studies showing a long list of ways women-led businesses outperform others – from small startups to Fortune 500 companies. This isn’t a new discovery. Studies from 2001 and earlier have reported this type of data with new research released all the time.

For the cannabis industry, the first step to implementing change is recognizing that the gender gap exists and persists among licensed and ancillary businesses. Unconscious bias training is a great place to start because many people don’t even realize they’re contributing to the gender gap. From there, follow the seven steps discussed above from the NCIA and Arcview Group report, and your company will be on its way to reaching gender parity and being as successful as possible.