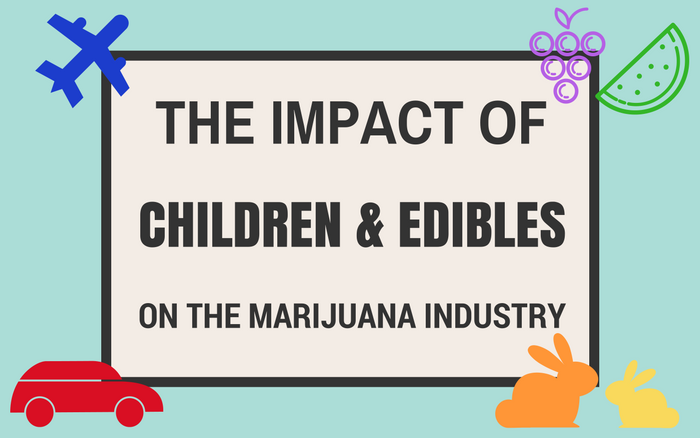 The Impact of Children and Marijuana Edibles on the Cannabis Industry

This month, the Washington State Liquor and Cannabis Board announced that it plans to re-evaluate all edible cannabis products to reduce the availability of products that appeal to children. The state already has a list of rules that cannabis edibles manufacturers must follow in order to distribute their products, which are in addition to receiving approval on each product prior to making it available for sale. However, the edibles re-evaluation adds new rules that could mean some edibles will lose their existing product approvals.

In a presentation delivered by the Washington State Liquor and Cannabis Board on October 3rd, manufacturers and consumers learned what the re-evaluation would entail. First, the Board discovered that it had already approved many marijuana edibles that could be especially appealing to children. WAC 314-55-077(7) states that these products include but aren’t limited to “gummy candies, lollipops, cotton candy, or brightly colored products.” Under the re-evaluation, a number of products that meet that definition have already been approved, including: hard candy and tarts of any style, shape, or size as well as fruit chews, jellies, and all gummy type products. These products will no longer be allowed if they don’t meet the Board’s new rules.

Candy edibles will be re-evaluated based on appearance, color, and similarity to commercially available products that are marketed to children and are especially appealing to them. Infused products that will still be allowed after the re-evaluation include beverages, baked goods, capsules, chips, crackers, sauces, spices, and tinctures.

Chocolate, cookies, caramels, and mints will be allowed after the re-evaluation, but there will be new limitations on their appearance. For example, chocolate edibles must be in their original colors. They cannot be coated, dipped, sprayed, or painted with any kind of color. Chocolate, caramel, and fruit caramel edibles will not be approved if they’re in the shape of a ball or a shape, color, or design that is especially appealing to children. Mints must have no color. Instead, they can only be white or white with small color flecks to represent flavor only. In addition, cookies cannot have sprinkles or frosting.

For many marijuana edibles businesses, this news came as a shock and without warning. It could create a financial disaster for many small edibles manufacturers. The Washington State Liquor and Cannabis Board is giving edibles companies until their existing inventory is gone or until April 3, 2019 (whichever comes first) to stop selling products that are unapproved under the new rules. After that date, all inventory must be destroyed following the marijuana waste requirements in WAC 314-55-097.

To learn if their edible products do or don’t qualify under the new rules, businesses must resubmit their labels and products to the Board. Each licensee will be notified in writing if a product does not meet the requirements, which go into effect on January 1, 2019.

The Problem with Marijuana Edibles

Research has shown that when marijuana edibles are legal, more cases of pediatric marijuana intoxication will be reported. A 2013 study found that between 2005 and 2011, the number of calls about unintentional pediatric exposure to marijuana to the national Poison Control Center increased by 30.3% calls per year in states where marijuana was decriminalized. The call rates in non-legal states did not change.

A 2016 study researched the number of pediatric marijuana exposures that were evaluated at a children’s hospital or regional poison center in Colorado before and after recreational marijuana was legalized in the state. The study also compared the results in Colorado to other states. Researchers found that in Colorado, the number of regional poison center cases for pediatric marijuana increased significantly and at a higher rate than the rest of the United States.

Looking at the rates from the 2016 study before and after marijuana was legalized in Colorado, the number of children’s hospital visits and regional poison center cases for marijuana exposure increased between the two years prior to and the two years after legalization. Significantly, almost half of the patients who sought help from a children’s hospital in the two years after marijuana was legalized in Colorado had exposures from recreational marijuana. Therefore, the study authors concluded that legalization affects the number of pediatric marijuana exposures.

What Attracts Children to Foods?

Researchers from the University of Washington’s Cannabis Law and Policy Project conducted a study in 2016 commissioned by the Washington State Liquor and Cannabis Board to gather data in support of cannabis-infused foods regulations with a goal to protect minors from consuming them. The research identified specific factors that attract children to foods. While many states have already passed laws to limit marijuana exposure to children, the report’s author, as well as some legislators and citizens, are asking for even stricter laws related to edibles to further ensure they stay out of the hands of minors.

According to the report, there are five key factors that influence a child’s interest in an edible:

The research found that no single factor of those listed above has a higher likelihood of swaying a child to a particular edible product, but when multiple factors are considered, a child’s behavior is far more likely to change.

The problem causing concern related to marijuana edibles and children is accidental ingestion. Children see marijuana edibles lying around their houses, pick them up, and eat them. The result is a trip to the emergency room. Regulation is intended to fix the problem. Whether or not you agree that further regulation is the correct solution, one thing is certain – state and local governments are quick to create laws to curb marijuana use by minors.

In Colorado, regulations related to marijuana edibles and their accessibility to children have been passed multiple times over the years with each adding more restrictions. Back in 2015, Colorado limited the amount of THC in marijuana edibles to 100 milligrams, and each serving size can only be a maximum of 10 milligrams. The state banned some edibles shapes in 2016, and a ban on animal, people, and fruit shapes went into effect in 2017.

Also in 2016, Colorado regulators rolled out a long list of labeling and packaging requirements, which were updated in 2017. For example, THC potency must be printed in a font that is at least two sizes larger than all other fonts on the label and must be a minimum of 10-pt. Also, the THC potency statement must be bold and highlighted or framed in a circle or square.

Regulators in California have also been ramping up rules related to marijuana edibles in an effort to protect children. With the legalization of adult-use marijuana in 2018, packaging restrictions increased significantly. For example, all packaging must be certifiably child-resistant and opaque, cannot include anything that could be considered a cartoon, and cannot include any images or phrases that are often used to market to children.

Furthermore, in a font that is a minimum of 6-point, the primary label panel must include the words “cannabis-infused” immediately above the product name in a bold font that is larger than the product name. The package also must include a red triangle with “THC” in it (the cannabis product symbol), the total THC and CBD content of the package in milligrams (which cannot be more than 100 milligrams), and the amount of THC and CBD in each serving in milligrams (which cannot be more than 10 milligrams).

Marijuana edibles in California cannot be packaged in anything that imitates candy, and the edible products, themselves, cannot be in the shape of animals, people, fruit, or insects. Similar laws are on the books related to the shape of edibles in Nevada where edibles cannot look like action figures, cartoon characters, toys, or balloons. Ice cream and lollipops are not allowed in Nevada but cookies and brownies are. However, cookies and brownies must be in opaque packaging.

What’s Next for the Marijuana Edibles Market?

There isn’t any research available yet that provides reliable data as to whether or not more regulations reduce pediatric marijuana incidences, but the National Organization for the Reform of Marijuana Laws (NORML) told CNN the problem could be addressed with additional regulations that require stricter and more obvious product labeling and limit the size of edible products to single serving.

On the other hand, Dr. G. Sam Wang, a pediatric toxicologist at the Children’s Hospital Colorado in Aurora and one of the authors of the 2013 and 2016 studies referenced earlier in this article, told CNN the best way to protect children from marijuana products is education and outreach by ensuring parents know to treat marijuana like any other over-the-counter or prescription drug. That means they should always keep it out of a child’s reach.

At this point, state laws vary as do local government regulations related to marijuana edibles. So far, there isn’t a one-size fits all solution when it comes to the problem of children accidentally ingesting marijuana edibles. If what’s happening in Washington is any indication, we’ll be seeing more restrictions on the size, shape, design, and packaging of edibles in the future to further protect children and increase public safety.

In the presentation delivered by the Washington State Liquor and Cannabis Board earlier this month, it was revealed that infused edibles make up just 9% of the marijuana sold in the state. The presentation stated, “Although we will eliminate infused edibles that are especially appealing to children, multiple infused products will remain available to the public.”

In other words, the Board believes the impact will be small to consumers and the industry. But what about the license holders? What happens to the edibles licensees whose products have already been approved and have invested money into building their businesses (most likely without bank loans or investors) only to discover their products are no longer allowed?

7 Email Marketing Messages to Move People from Prospects to Customers