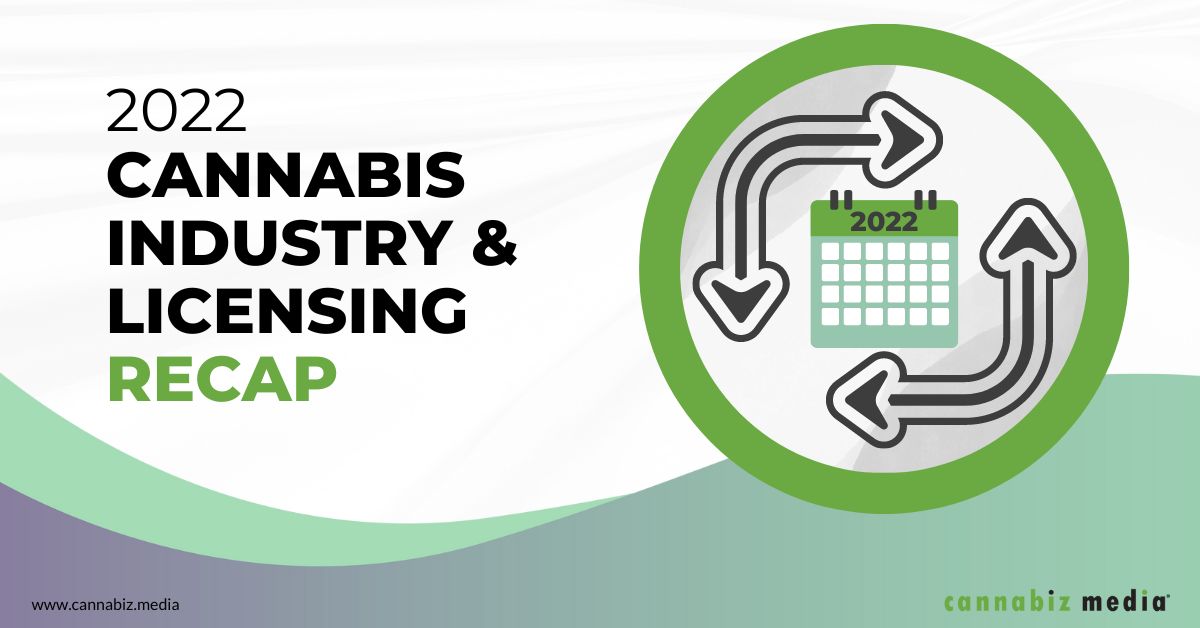 Cannabis industry conversations and news stories throughout 2022 focused on several key topics, including mergers and acquisitions, legalization, banking, and the 2022 election. Many of these topics aren’t new. They represent issues the legal cannabis industry has struggled with for years. However, 2022 was a year when we finally saw some positive movement in critical ways.

The Cannabis Industry in 2022

For example, President Joe Biden signed legislation that would allow expanded cannabis research and called for a marijuana rescheduling review this year. Both are important steps toward expanding the industry in the future. Furthermore, at the time of this article’s writing, the SAFE Banking Act had yet to be passed. However, lawmakers are inching closer to providing some form of banking relief to cannabis businesses.

Baby steps are happening at the federal level as well, and there may finally be momentum to enact real change in the near future. An October 2022 Gallup Poll found that 68% of American adults are in favor of federal cannabis legalization. In fact, the majority of American adults have supported legalization since 2016 based on the annual Gallup poll results.

Furthermore, Gallup broke down its poll results among 35 subgroups of American adults, and the majority of respondents said they support legalizing cannabis in all but two of the sub-groups: conservatives (49% are in favor of legalization) and those who attend church at least once a week (46% are in favor). Even in those two sub-groups, nearly the majority support legalization.

With that data in mind, it makes sense that voters in Missouri and Maryland voted to legalize cannabis in the November 2022 election. Today, more than half of Americans live in states where cannabis is legal for adult use. That’s more than 155 million Americans in 21 states with legal marijuana.

The tides are shifting, and we’re definitely on a path to solving banking problems, helping struggling license holders, and legalization. The question is will the larger shift the industry needs happen quickly enough? Only time will tell.

Cannacurio #52, published in February 2022, provided a breakdown of dispensary and retailer licenses at year-end 2021, which would provide a baseline for 2022 growth. At the time, Oklahoma had far more licenses than any other state with 2,469 – more than double the state with the next largest number of dispensary and retailer licenses, Colorado with 1,080.

At the start of 2022, Oklahoma also held the top spot as the state with the most active cultivation licenses with 9,280 based on data published in Cannacurio #54. California came in second with 8,521 followed by Oregon with 1,382. Similar to dispensary and retail licenses, Oklahoma also added the most cultivation licenses by month in 2021 (4,093) compared to California in second place (3,023) and Michigan in third place (707).

By mid-year 2022, Cannacurio #60 revealed that things were starting to change. California took the top spot as the state adding the most cultivation licenses between January and May 2022 (1,126). Oklahoma came in second with 1,113 new licenses, and Michigan came in third with 342 cultivation licenses added. However, the number of new licenses was 25% lower in 2022 than it was during the same time period in 2021.

Throughout 2022, a hot topic has been mergers and acquisitions (M&A) and the rise of multi-state operators (MSOs). These topics were analyzed in several Cannacurio posts in the past 12 months using data from Cannabiz Intelligence®.

Cannacurio #57 provided a look at the data to answer the question: Do public MSOs build or buy their cannabis stores? In 2021, public MSOs bought 185 stores, and in just the first few months of 2022, public MSOs had purchased 45 stores.

As you might expect, more stores were acquired in states with limited licensing, such as Florida. Of particular interest is the trend we’re seeing with more stores changing hands each year. In 2020, 53 stores were purchased, and that number climbed to 185 in 2021.

When it comes time to consider merger or acquisition, the acquiring company typically works with an M&A advisor. Cannacurio #58 shed some light on who the go-to advisors for cannabis M&A are.

Privately-held MSOs were the topic of Cannacurio #61. According to the data in Cannabiz Intelligence, as of September 2022, Pharacann, Parallel, and Nectar Markets, LLC are the three largest private MSOs based on number of facilities. Holistic Industries, Inc., which operates in 10 states, has the largest footprint followed by Pharmacann, which operates in nine states.

Interestingly, privately-held MSOs operated 187 facilities in 30 different states as of September 2022 with Massachusetts being the most popular. In total, 17 private MSOs had a facility in Massachusetts at the end of the third quarter of 2022.

Key Takeaways about the 2022 Cannabis Industry and Licensing

Want to see how you can use the Cannabiz Media License Database and Cannabiz Intelligence data to reach your goals in 2023? Schedule a demo to see it in action!